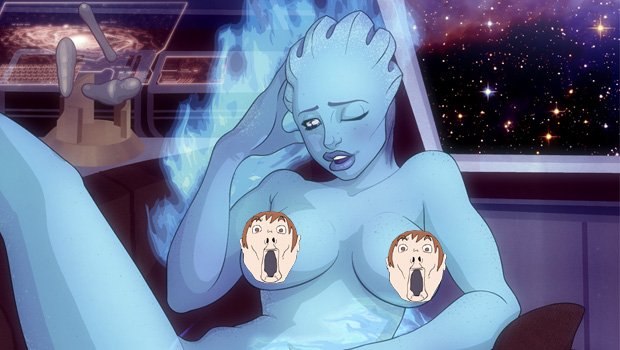 You know, I learned something today. The concept of a game in which you buy and manage African slaves is one that has every right to be explored, and I am an overreacting prude for thinking such a game would be in poor taste. However, a hobby figurine of Mass Effect‘s Liara T’Soni that sports slightly larger-than-average breasts… WHOA, NOW! That’s just not right! I’m so glad I was granted this lesson in perspective.

Elsewhere, Jordan Devore reviewed Rock of Ages, Daniel Starkey gave Blacklight Retribution a spin, we posted some cosplay photos from Dragon*Con, and a Call of Duty burger joint opened up in real life.

Comments of the week: Fishcats

Forum thread of the day: The Dishonored Thread

Cosplay for your eyeballs from Dragon*Con 2011, day 2

Ken Levine talks shop with the Doctors of Bioware

Ashly Burch wants to know how games saved your life

Metal Slug video is a walk in the park

Angry Birds are on your feet

Freddie Wong’s PS3 really DOES do everything!

Get your fingers on Free Bird by preordering Rocksmith

Slavery the Game is probably not real, but… wow

A good looking man explains his love for Captain Rainbow

Suck down some Sake Express Pro Wrestling if you dare

DBZ: Ultimate Tenkaichi allows you to Frankenstein a hero