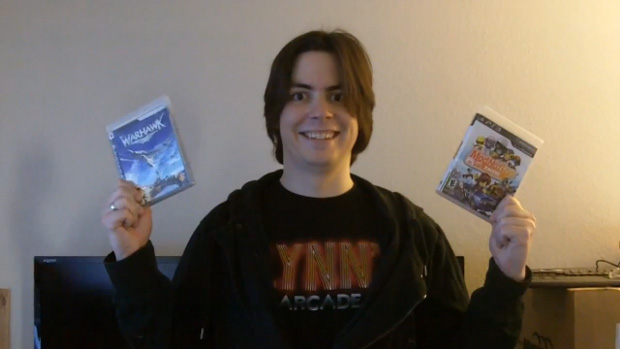 I like to think that the only reason Egoraptor built up such a massive portfolio of web contest was just so that he could one day sweep a casting call vote for a reality TV show. Yep, aaaaaaaall according to plan.

This was a pretty packed weekend in terms of news. We’ve got a ton of videos and screens for several games, including Warhammer Online, Resident Evil Revelations, and Rapala for Kinect (fish punching!). We also reviewed Mortal Kombat: Arcade Kollection and Serious Sam: Double D, plus checked out the upcoming Xbox 360 dashboard update.

Live show: Hangover looks at all the pretty colors

Weekend Mobile roundup: Shut up and take my money!

Comments of the week: Who is hotter, Ivy or Voldo?

Play all the sports in Activision’s new Kinect game

Sufferrosa is an ‘experimental storytelling project’

Solatorobo has gone gold, will drop on September 27

brentalfloss wants to catch ’em all… STDs, that is

Freddie Wong has one crazy commute to work

OC ReMix gets equipped with a Mega Man 9 arrange album

Mega64 gets crunk with Madden 12

FIFA 12 has got some new tricks up its sleeve

Rapala for Kinect is full of fish punching

EverQuest Veil of Alaris is in motion before us

Details on Starbreeze’s Syndicate leak, have some screens