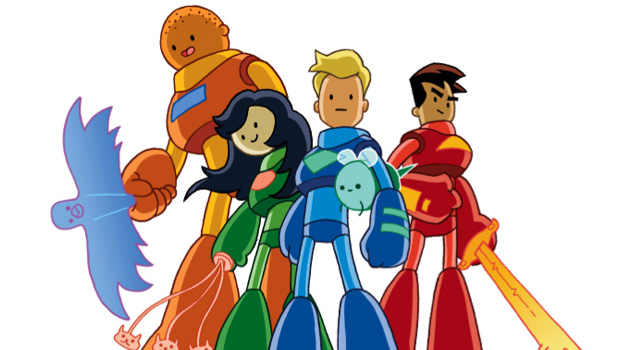 Pendleton Ward created Adventure Time, which means I am 100% on board with any new show he has in the works. Bravest Warriors is that new show. Check out the 2009 short film above to get a taste of what to expect. My body is ready.

This weekend, the latest BritToid marches in, Joshua Derocher fools around with mods for Vampire: The Masquerade – Bloodlines, Jonathan Holmes sweet-talks Shannon from Nintendo’s E3 booth, and Guinness World Records opens the floodgates.

BritToid Ep. 23: Keep Calm and Something About GAME

Forum thread of the day: YO MOMMA.

Have some new Mario Party 9 details

Love is in the air in Jade Dynasty and Rusty Hearts

Meta Knight saves Christmas a month and a half later

Converse is back with more Mario kicks

David Jaffe wants you to shoot his truck

Lollipop Chainsaw: Nick lost all but his head over Juliet