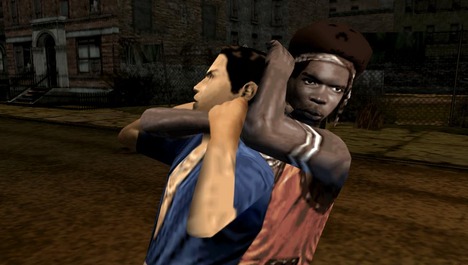 Today I visited my pals over at Rockstar to get a first-hand look of The Warriors for the PSP. I spent about an hour total with the game, playing through the beginning and other various modes and later missions. What did I come away with?

For $20, this thing ain’t half bad. Though it is more or less a straight port from the console version (no new missions or levels), the game is actually very well-suited for the handheld — you see, there are no guns in Warriors, so it’s basically a brawler which makes the PSP experience much more enjoyable. 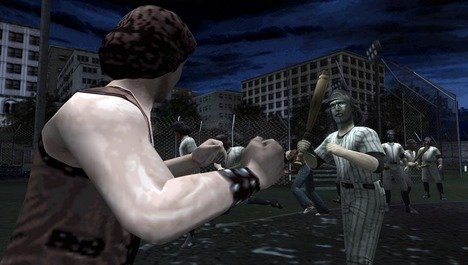 Visually, the game looks just as good as its PlayStation 2 counterpart. The grit and grime that painted the landscape of the original is right there again for the PSP. Staying true to the movie, The Warriors on the PSP is still the same quality experience.

See, thanks to the PSP’s handy-dandy Wi-Fi capabilities, you and a buddy (or stranger) can take part in the story’s co-op or any one of the number of two-player “extra” modes in the game — like “King of the Hill.”

One feature that will be different from the console version is that the side-scrolling “Armies of the Night” mode will be fully unlocked and playable (co-op too) from the beginning.

Did I have fun playing this? Yes. Should you get it when it comes out next month? Yes. It’s $20 and you sure as fuck can’t beat that with a quality PSP title.