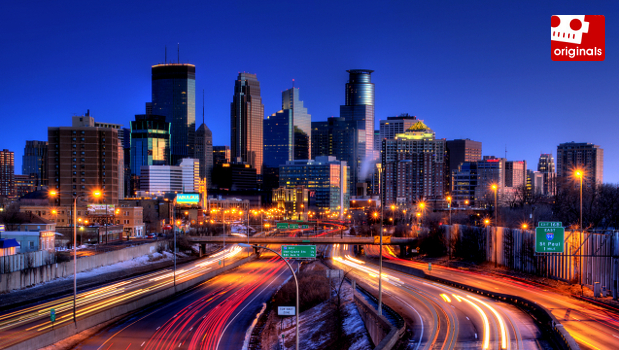 While pretty much everyone these days games, it still seems that most of the best events always hit the bigger cities. When I was growing up I longed to visit the Pokemon Center in New York or E3 in Los Angeles. There were no museums, no launch parties, no tournaments … nothing. I lived in Oklahoma and the closest major events I could find were often at least 200 miles away.

Flash forward a few years: I moved to Minneapolis for college and discovered an incredibly vibrant gaming culture. For once, I had a city with a voice.

I want this piece to be the first entry in a larger series focusing on various aspects of gaming culture that can, presumably be found anywhere. For the first entry, I’ll be doing a brief rundown of the video game music scene in the Twin Cities.

If you’ve played any sort of game within the past decade or so you’re probably well-aware that interactive media has moved well beyond the bleeps and bloops of the 8-bit era. In their stead, we have bombastic orchestral productions, big-name composers and a huge community dedicated to remixing and re-imagining all of it.

Our own Jayson Napolitano could be said to have something of an obsession with the genre. But his passion is telling. It mirrors the dedication of the mainstream music scene specifically because there’s now a scene to follow, and while it may not be quite as vibrant as either US coast, Minneapolis and St. Paul are still giving fans in the Midwest plenty of opportunities to indulge.

The first, most obvious, and most common of these is Video Games Live. For the past two years Tommy Tallarico and pals have brought one of the largest video game concert tours in the world. They perform music taken from dozens of games released over the past 30+ years. I have been fortunate enough to attend each concert that they have held here in the Twin Cities, and both times I’ve had an absolutely fantastic time.

It’s hard not to love Tommy’s goofy puns, or revel in nostalgic tunes given power and force by the Minnesota Orchestra. Plus, there’s just something refreshing about seeing literally thousands of gamers with their friends and family all coming to one venue to enjoy the same incredible songs. Even if you don’t reach out and strike up conversations or build friendships at the concert, the knowledge that there are so many others out there with the same appreciation for the same video game music is really something special.

The full 2013 concert schedule hasn’t been posted yet, but I am holding out for another concert in early spring (hint, hint, Tommy).

The Legend of Zelda: Symphony of the Goddesses

Just last week I had the opportunity to attend another very well-publicized tour that came to Minneapolis’ Orpheum Theatre. Bringing the order of a symphony to the energy and elegance of an orchestral composition, the Symphony of the Goddesses was one of the most incredible experiences I have ever had.

Taking advantage of one of the older buildings in downtown Minneapolis, the Symphony consisted of a reinterpretation of several Zelda titles through symphonic movements. Each movement was built around an intricate battle between several leitmotifs representing famous characters and locations throughout each title. The drama associated with each segment left me with chills throughout the entire show.

I don’t honestly know if the Symphony of the Goddesses will continue its tour after this year, but their presence serves as yet another highlight in the proud and active lives of Minnesota’s gamers.

Insert Coins is a relatively famous barcade and nightclub off the strip in Las Vegas, and when the owners started looking for their next location, they chose Minneapolis.

To be fair, I am cheating a bit by including IC2 in this list as it doesn’t open until next month, but the potential for a nightclub with videogame-based drinks, nearly every console from Atari to the 7th generation, and a video DJ is pretty alluring. It’s hard to say what the atmosphere will ultimately be like, but having more places to play games and relax with a drink is never a bad thing.

These are just a handful of thoughts on some of the more interesting facets of the videogame music scene here in the Twin Cities. I’m sure as I continue to explore the cities I will continue to discover and rediscover incredible people, events, and places.

That said, I would also like to encourage community members and fellow editors to compose similar articles covering anything they want in their own hometowns — concerts, parties, NARPs, etc.

I’m pretty convinced that there is a larger community out there than many of us realize. Bringing more and more people together to collectively bond over interactive media is a great way to make friends and join in some real-world adventures.