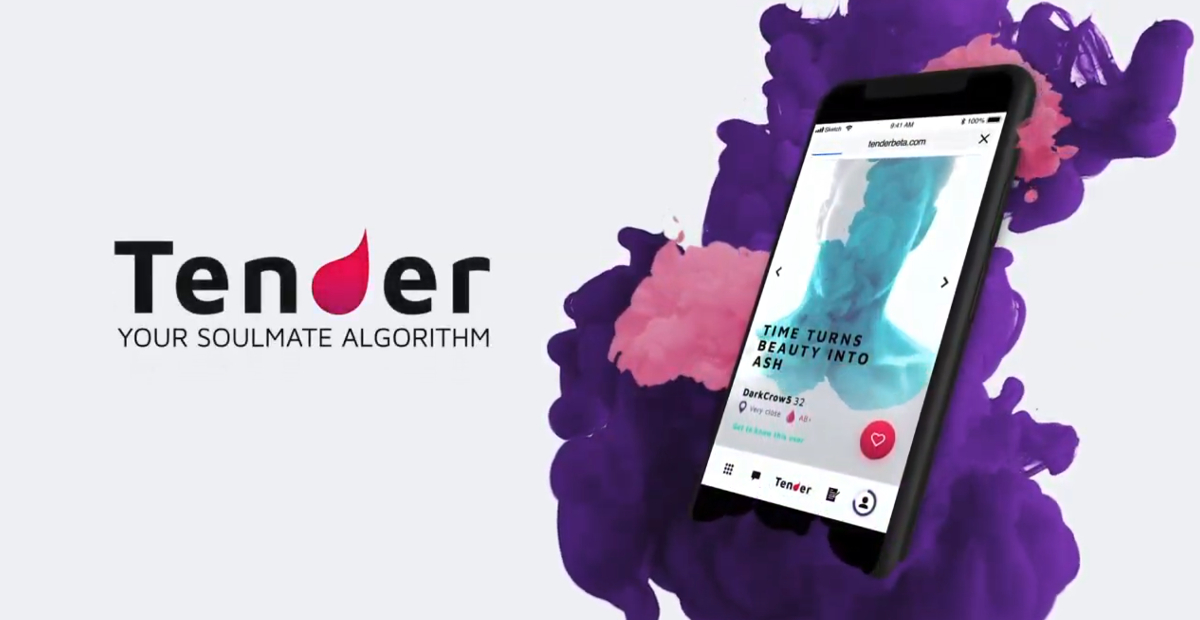 As reported a few weeks ago, Paradox Interactive has been running a “soulmate searching app” that is more than likely doubling as an Alternate Reality Game, possibly leading to some sort of Vampire: the Masquerade announcement. So far the puzzles and clues presented in the Tender Beta have been fairly easy and on the whole point towards something of the macabre. This weekend though, things got a little more clear with where we are headed.

About a week ago, a poll went up on the anti-Tender website “Trust No More” inquiring whether or not users could be in Manhattan on February 23. The poll also asked about night-vision goggles and lock-picking skills, among other more mundane things. From this poll, a select few users were given an opportunity to attempt an “escape room” puzzle, that then was live streamed over Twitch.

Prior to and while this event was going on, there was what turned out to be a 21-hour stream held over at Twitch.tv/tenderbeta. The video featured security camera footage, coverage of an after party from the Manhattan event, and clues involving the Tender Beta. After the Manhattan event ended, a previously released – but semi-redacted – memo from the Tender CEO revealed that another event would take place on March 21, with 300 invitees coming to San Francisco. 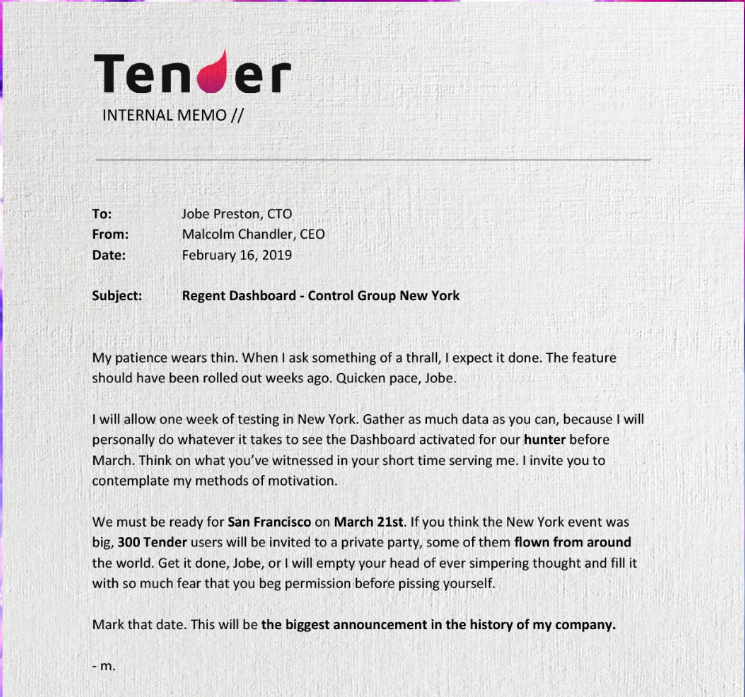 The stream then concluded with a short CGI video of an undisclosed pier – that was designated as part of Project Chimera – streamed on loop for four hours. Only two real incidents of note happened during this final part of the stream. During one of the playbacks of the pier footage, a woman’s scream is heard. Then, after four hours had passed and just before the stream ended, there was a voiceover of another woman who seemingly was there in connection with other woman’s death.

“I knew this wasn’t going to end well,” she said. “I’ve seen it before. It’s one of the reasons I got out. Man, it’s really hitting me, that could have been me tonight.” The stream ends and we’re left with more questions.

At this point, I’m going to have to put the hammer down and say that we are definitely not getting a Victoria III announcement, weep accordingly colonizers.

The biggest news from this is the March 21 date announcement. There are still some clues being sussed out about what going to happen, but the latest info points to the 16th Street Mission which is a San Francisco public transit station. This station is a two-mile hike from where GDC will be held that same weekend. So we have our industry-relative show, but I’ve never known GDC to be an announcement style event, it’s more about the inner industry and not about making a press statement. Then again, Devolver Digital skirts E3 conventions by having a party in a parking lot, so why can’t Paradox do it at GDC?

For now, all we have are the clues pointing towards a potential World of Darkness/Vampire: the Masquerade announcement, sometime in the next few months. As always you can play along with the ARG at https://app.tenderbeta.com/. Thanks to the sleuths at Gamedetectives.net who have been compiling all the clues and news drops for this ARG, it makes catching up with the things I’ve missed so much easier.