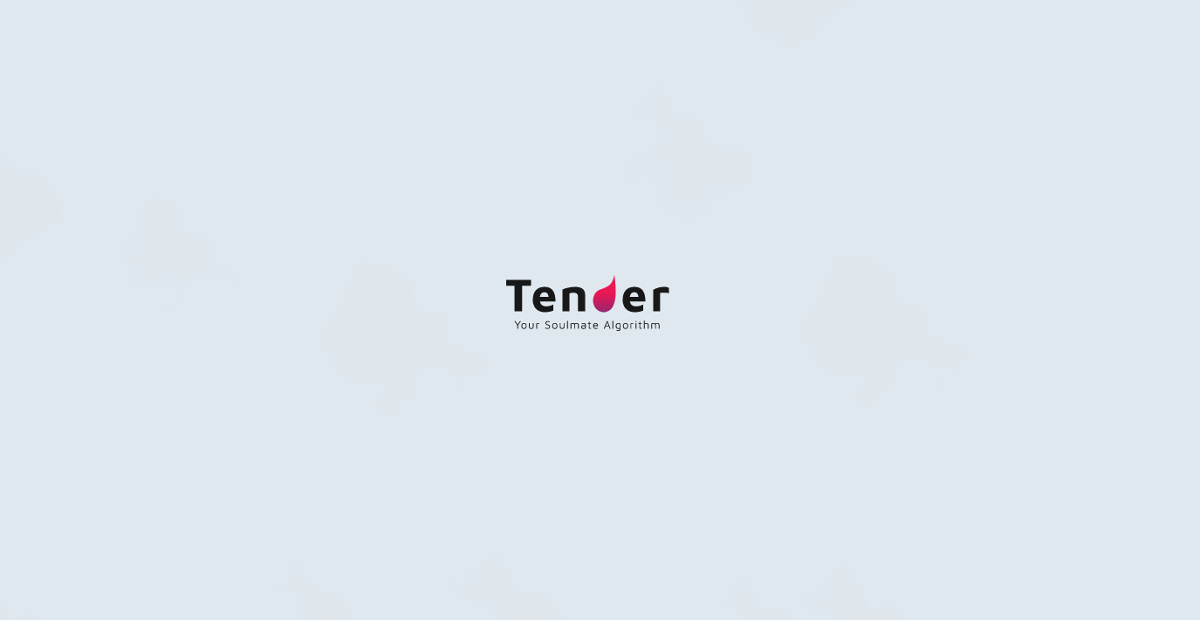 I love alternate reality games. Sure their sole purpose is to tease us with vague hints that will eventually lead to a product reveal, but at least it’s better than someone dropping a press release at your feet with no soul or effort. After The Dark Knight ARG over a decade ago, they’ve fallen out of favor for some reason. Thankfully the spirit of bold advertising lives on in Paradox Interactive.

A new “soulmate algorithm” app called “Tender” just launched. At first glance, it seems to be just another dating app, but the Paradox Interactive copyright as well as the ability to sign in with a Paradox account is the first sign that something is amiss. Once you sign up and agree to the newsletter, you are presented with questions. The questions start out harmless like how would you describe yourself on a basic wheel of emotions, then things go a little batty.

You’re presented with four images and asked which one you identify with most. None of those available are what you would see on a normal dating app. There’s a girl who looks like she’s right out of The Ring movie, a splatter of blood on the wall, a creepy smiling clown, and a bunch of maggots. The next question asks you about your blood type. Now I know in Japan there is a belief that blood types can say a lot about what type of person you are but in the context of maggots and angry clowns, I don’t think it has anything to do with that.

Question five on the soulmate-finding app asks how lonely you are on a scale of 1-10. Not too creepy in comparison but still, wtf? After that you are presented with an extensive list of interests, and once again there’s a lot here that you wouldn’t find on a generic dating app. Sure there are board games, and photography, but there’s also hedonism and Illuminati. Here’s a list of the words that seemed out of place to me:

Once that is complete and you choose a silhouette for your profile, you are given a random selection of names to choose from that are based on your interests. Finding humor in CaringHedonist, I selected that as a name. An intro video that followed laid out how the beta for this “dating app” would work. Every week over the next six to eight weeks we would be given tasks to complete.

This week the tasks asked me how I was feeling (hungry), what I did last weekend (ate a bicycle), and introduced a conceptual wheel of emotions popularized by Robert Plutchik. The video lists seven of the eight emotions that are on the wheel and tasks you with finding the missing emotion and saying it’s important that it’s left out. The missing emotion is trust, so is the game telling us to trust no one?

Finally, the session concludes with instructions to wait for further instructions and a short meditation while some creepy child sings a hymn in a minor key.

All right so theory time. White Wolf is the publisher of the famous Vampire: The Masquerade tabletop RPG series. Vampire: The Masquerade Bloodlines is one of the most popular Western RPGs in PC history and the series has gone untapped in the video game world since then. White Wolf Publishing technically owns the license for V:TM and its accompanying universe, the World of Darkness. I say technically because after a controversial chapter was published in the 2018 version of the V:TM tabletop book, Paradox Interactive gutted the company and assumed command.

With Dungeons and Dragons now fully back in the cultural zeitgeist, as well as Cyberpunk 2020 getting a video game adaptation, we are in a new age of video games based on existing tabletop series. I wonder if the World of Darkness is the next series to get some modern love? Guess we’ll find out over the next six to eight weeks. Which by the way, six to eight weeks takes us to the second half of March into the first week of April. That’s nowhere near E3 or PDXCon, so any speculation on that date is welcome.

Big kudos to the folks over at GameDetectives who have been working this case for the past few weeks. Using their sleuthing skills they have compiled the entire run of the ARG that has led here. You can read more into their work and the path that brought us here at this site.