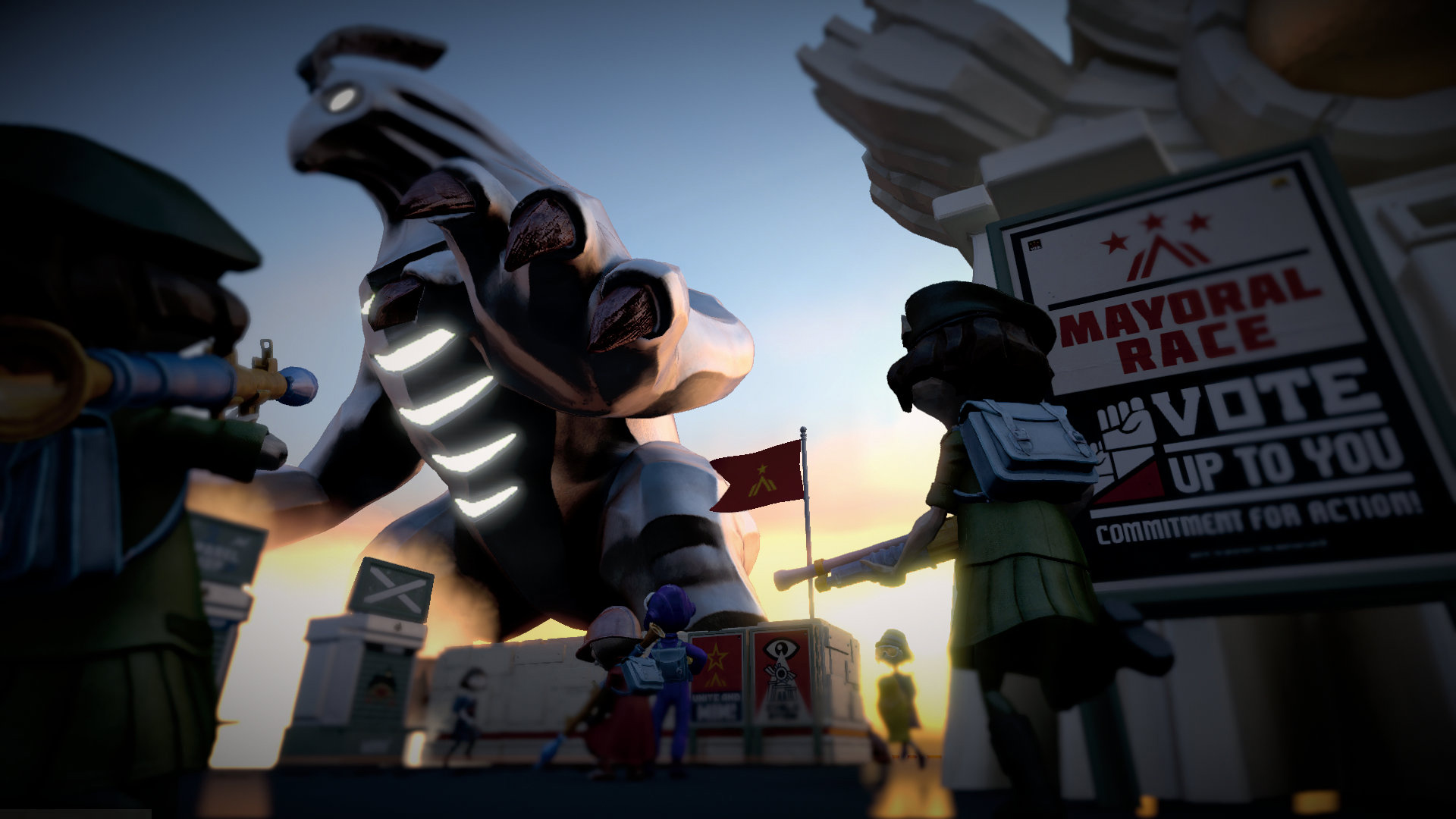 The only ‘big game’ I care about

I attempted to play the recent beta for The Tomorrow Children only to realize that, darn it, I was a few hours too late. After going through the brief tutorial section, I rode on a subway that was supposed to run to a town with other players where I could start my new life as a good citizen, harvesting enough resources from fallen beasts to one day buy a house and settle down. But the game’s servers were only running during certain times, and this wasn’t one of them.

Thankfully, Q-Games is about to hold another play session (and I didn’t delete the app; if you did, head into your PS4 library to re-download it). A chance for redemption. We’ll have a 24-hour window in which to try The Tomorrow Children starting on Sunday, February 7 at 1:00am Pacific.

Even in just the tutorial, this is a deeply strange video game. If you stay shrouded in darkness while digging out caves, your character, a doll-like girl called a “projection clone,” will begin to Matrix out of existence. It’s dangerous outside, too. Walk far enough into the vast nothingness, and you’ll sink into the ground like it’s quicksand. I must unravel your secrets, Tomorrow Children.