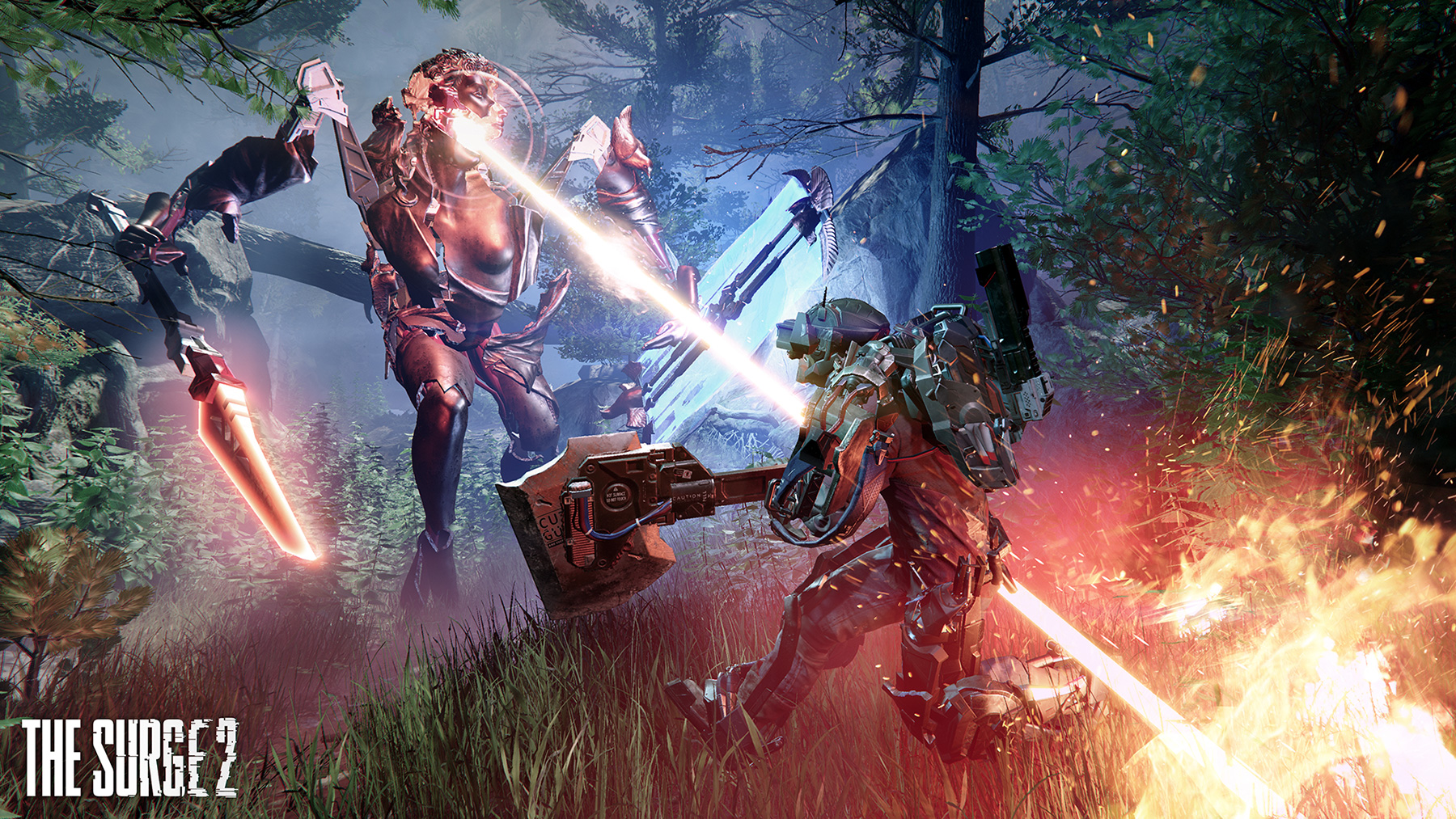 Despite glossing over The Surge at launch and then just never getting around to it, I’m pleased Deck 13 is having another go at its sci-fi property. It’s a chance to clean up some of the technical and design annoyances and move the limb-obsessed action-RPG combat into a more captivating setting.

Today’s gameplay trailer covers what Ray spoke about at E3. The new locale, Jericho City, has a man-made forest with cloaked mercenaries roaming around to stalk your custom-made protagonist. Take special note of the hulking axe that can be split into two smaller, faster weapons mid-attack.

The video contains less than a minute of footage, but it’s a nice little check-in. I’m particularly on board with the concept of “park guardians” that mask their true nature using an extravagant statue exterior.

Depending on where exactly it lands, there’s room for The Surge 2 to stand out next year. From Software’s Sekiro is scheduled for March and Team Ninja’s Nioh 2 is out of sight right now.