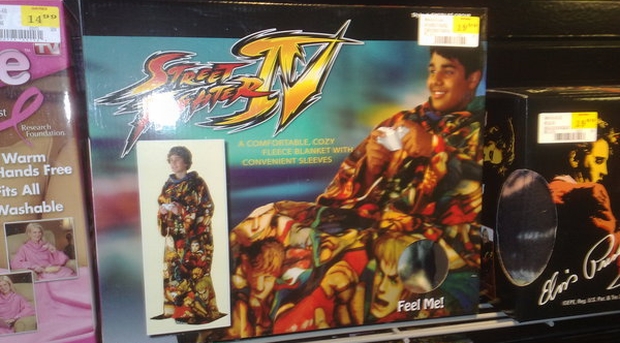 The picture was taken by Twitter user withgandana from some store’s shelves stocking Snuggies, otherwise known as WTF blankets.

No word on whether the blanket will actually make you a better Street Fighter IV player. Oh, and it looks like the Street Fighter IV blanket is exclusive to Xbox 360 owners as the two douche bags on the cover of the box are holding 360 controllers. Sorry PlayStation 3 owners. Looks like you got screwed over again.