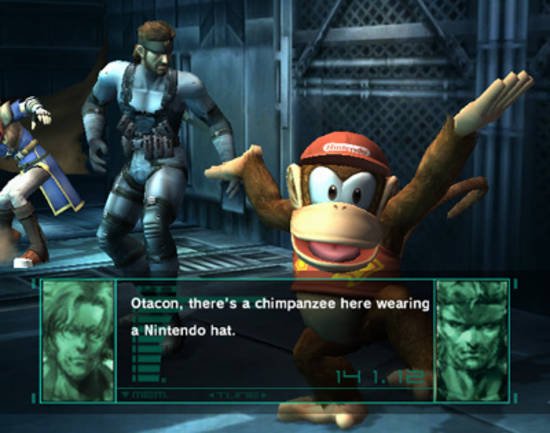 Pretty much all you need or want to know about Brawl is all over the Internet, but until Sakurai stops, I’ll keep on bringing this recap. Monday brought us Boss Strategies. Sakurai gives tips on how to fight against most of the bosses in the game. Basically, just do what you usually would do against a boss fight. On Wednesday, all of the Pokemon that can be summoned from Pokeball items were revealed. The list is surprisingly short considering how much extra content the game has.

Thursday showed people Snake’s and Fox’s communication taunts. Snake and Fox can communicate with their respected partners from their series’ who weigh in on the battle. Friday was a double update showing off Peach’s special moves and the map of the final maze before fighting the final boss in the Subspace Emissary.

Thursday’s “secret” character after the jump.

Ganondorf is back and is as lame as ever. I’ll never understand why they made him a Captain Falcon clone and not just another sword fighter. Hell, Sakurai even teases in Thursday’s post as to why Ganondorf doesn’t use his sword. His Final Smash looks to be pretty awesome though.

Have any of you unlocked or seen all of this week’s updates content?