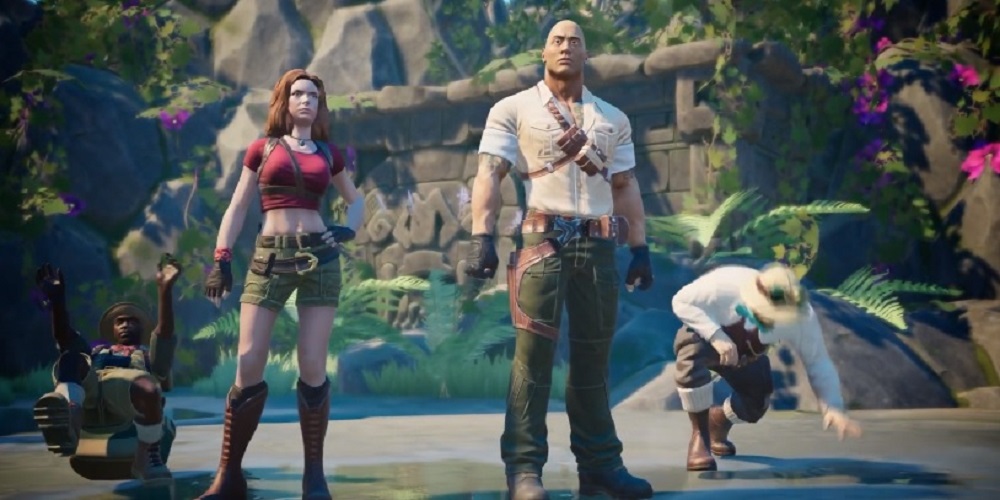 In case you haven’t heard yet, Jumanji: Welcome to the Jungle, a soft reboot of the franchise (but still taking place in the same universe as the 1995 original and 2005’s Zathura), was released at the tail-end of 2017 and saw a massive amount of success at the box office.

As in, nearly a billion dollars before a home release. A lot of the success can be pinned on the draw of Hollywood popcorn A-lister The Rock, but truth be told this fun little flick had a stellar supporting cast, including a refreshing performance by Jack Black after a string of middling children’s films. Nearly two years later, it’s getting a video game adaptation. What?

As a recap, the new film sees four high schoolers getting sucked into a gaming console (rather than a board game), so folks have been waiting on this one for a while. All four stars’ likenesses will return for the Outright Games-published and Funsolve-developed project (with Bandai Namco helping with distribution), which will be arriving on PC, PS4, Xbox One, and Switch on November 15 of this year.

It seems to be a basic action/beat ’em up romp, with support for up to four players in both online and split-screen. Each character boasts “unique abilities.” The team notes that “more exciting features and reveals are coming soon.” It’s a little late (and there’s nothing exciting about this project at all yet), but with the development of the sequel already underway, it’ll still be relevant at least.