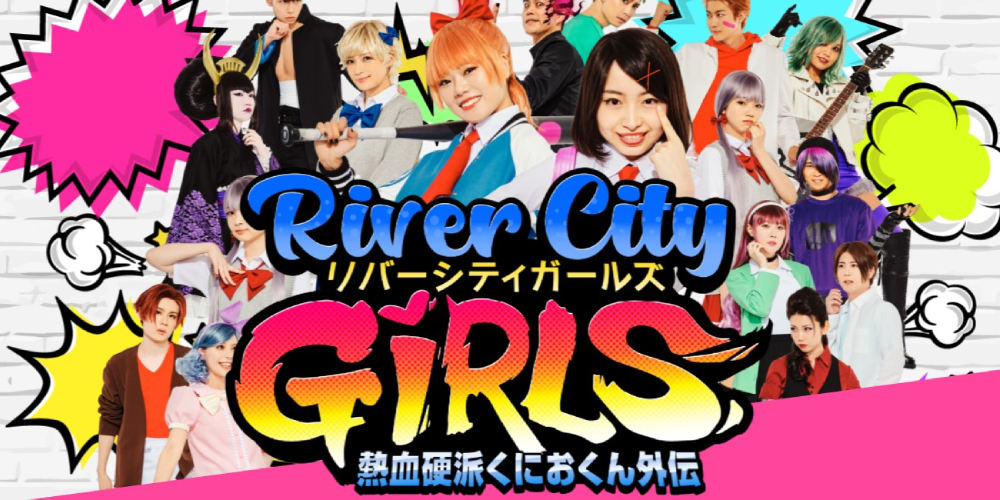 But who will play Abobo?

River City Girls 2 director Bannon Rudis sent me a cryptic message on Friday. “There is a play in Japan. I have no info on this.”

That’s the kind of mystery I live for, so I got to researching, and eventually found out that a theater company called Solid Star (Heaven Eleven, Yu x You) is putting on a River City Girls play based on the original game. It’s set to be performed live from December 7th to 11th, 2022. That’s quite the limited run! And the cast is massive, maybe larger than that of the original game. Is that even possible? Bannon tells me that neither he nor River City Girls 2 writer Adam Tierney have anything to do with this production, so like Willie Scott once sang, “Anything Goes.”

I’d love to see Bannon and Adam go to Japan to review this official(?) River City Girls play, but I’m not sure who’ll pay to make that happen. Maybe Solid Star will? Even better would be if they shelled out some extra dough to cast my old Road Rules Northern Trail friend Bob Sapp as Abobo. Bob also hit me up just last Friday, for the first time in 25 years, to see how I was doing. Having Bannon and Bob come at me on the same day feels like more than a coincidence.

Solid Star, if you’re reading this, I will personally pay for Bob’s airfare and lodging if that’s what it takes to see him hit the stage in your show. Abobo was the role he was born to play.