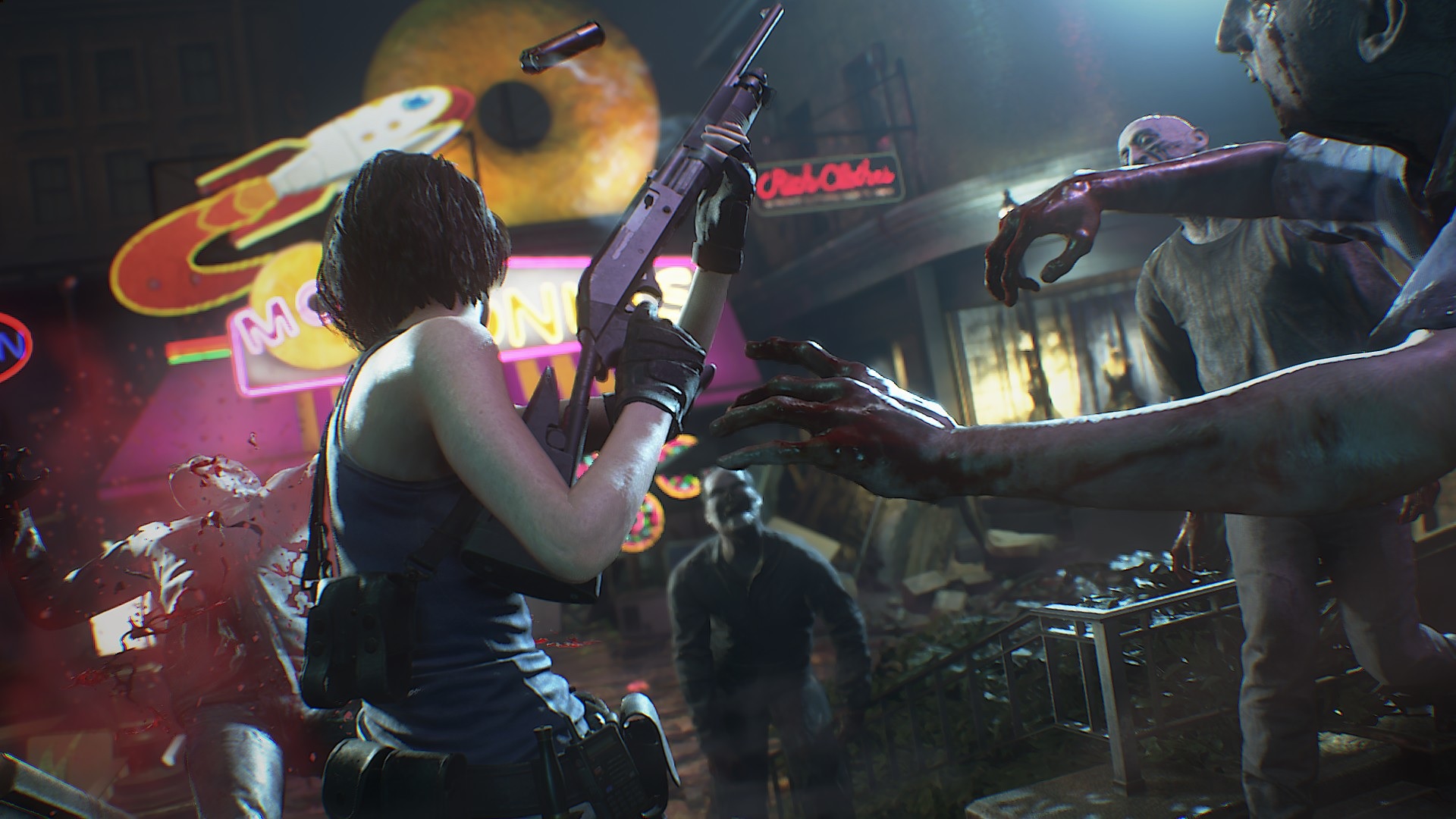 Anyone who played the Resident Evil 2 remake earlier this year should feel right at home next spring with the Resident Evil 3 remake. The two games will share a lot of similarities, probably due in large part to them both running on the RE Engine.

After this morning’s official reveal of the Resident Evil 3 remake, Capcom uploaded a developer video to shed a little more light on the finer details. As expected, the remake ditches the original’s fixed camera angles in favor of a fluid over-the-shoulder camera. There also appears to be a dedicated dodge button for evading enemy attacks.

As for each game’s most persistent threat, Capcom calls attention to Resident Evil 3‘s Nemesis as being more aggressive and skillful than Resident Evil 2‘s Mr. X. “[Nemesis] has more ways than Tyrant from Resident Evil 2 to track down his target Jill Valentine,” producer Peter Fabiano says. This makes sense given that Nemesis is a more intellectually-advanced Tyrant.

Capcom is also overhauling the look of each character. Jill ditches her skirt for something that’s more tactically-appropriate. Carlos is given a makeover to make him appear “more rough around the edges.” Capcom says it wants Carlos to look like “a reliable ally that Jill could lean on.”

Of course, Resident Evil 3 has its own merits — like the asymmetrical multiplayer Resistance that accompanies the campaign. But, if it’s going to share some DNA, Resident Evil 2 is pretty dang decent as far as genetic partners go.