Pre-orders are opening on January 15 at Limtied Run Games

2010’s Scott Pilgrim vs. the World: The Game is not only coming back, it’s coming back in style. Beyond a PC and console digital release on January 14, the fan-favorite beat-’em-up game is also getting a few new physical versions from Limited Run Games. Don’t worry! You didn’t miss out – not yet, anyway.

Limited Run Games will open pre-orders for physical Nintendo Switch and PS4 copies of Scott Pilgrim vs. the World: The Game – as well as new merch like pins, keychains, and clothing – on Friday, January 15 at 10:00 a.m. Eastern. Limited Run’s least-expensive package is $35, while digital copies are set at $15.

An Xbox One physical edition of Scott Pilgrim is also planned, but it will be sold later.

Here’s the breakdown of the three different Switch and PS4 bundles: 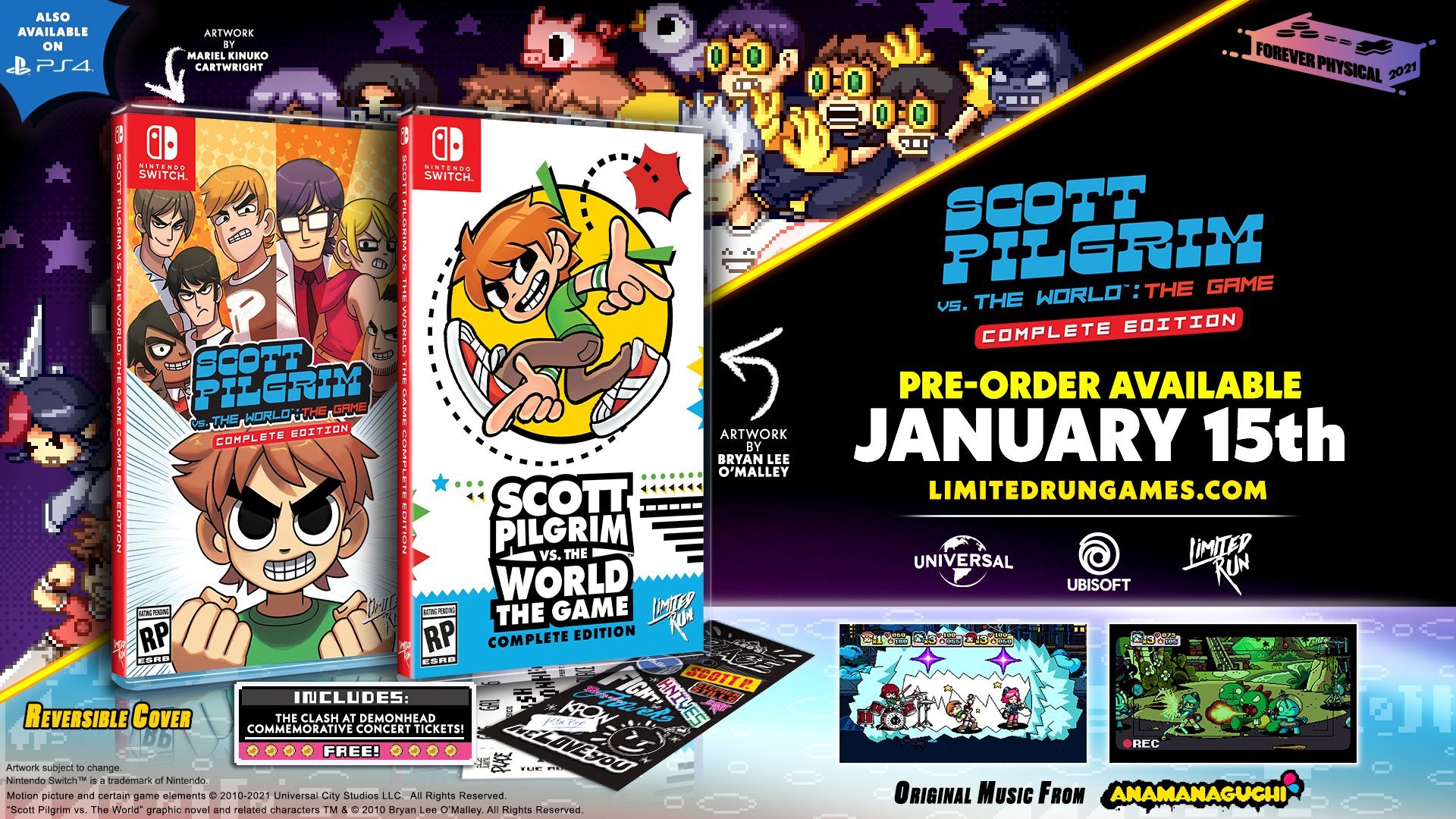 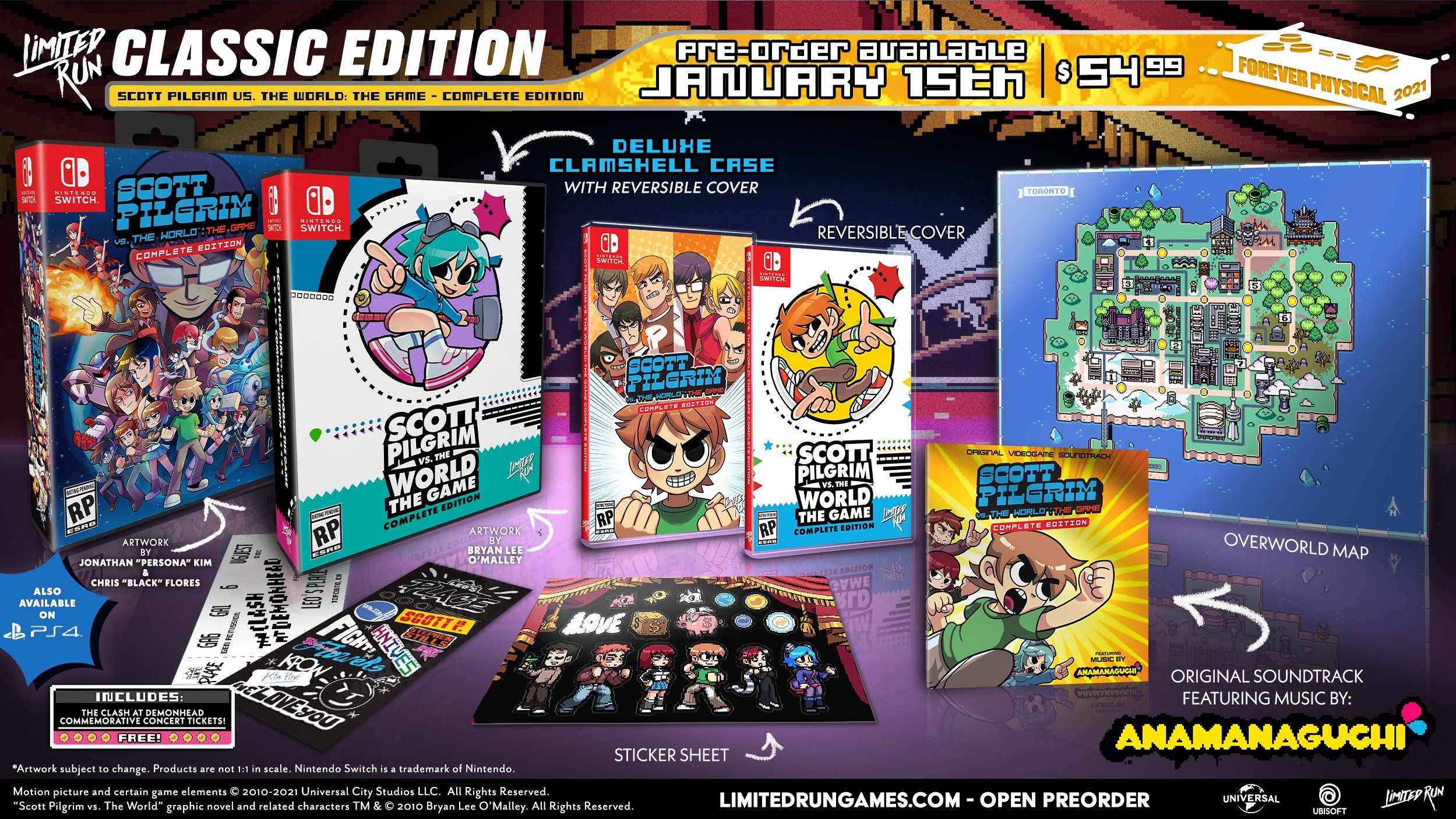 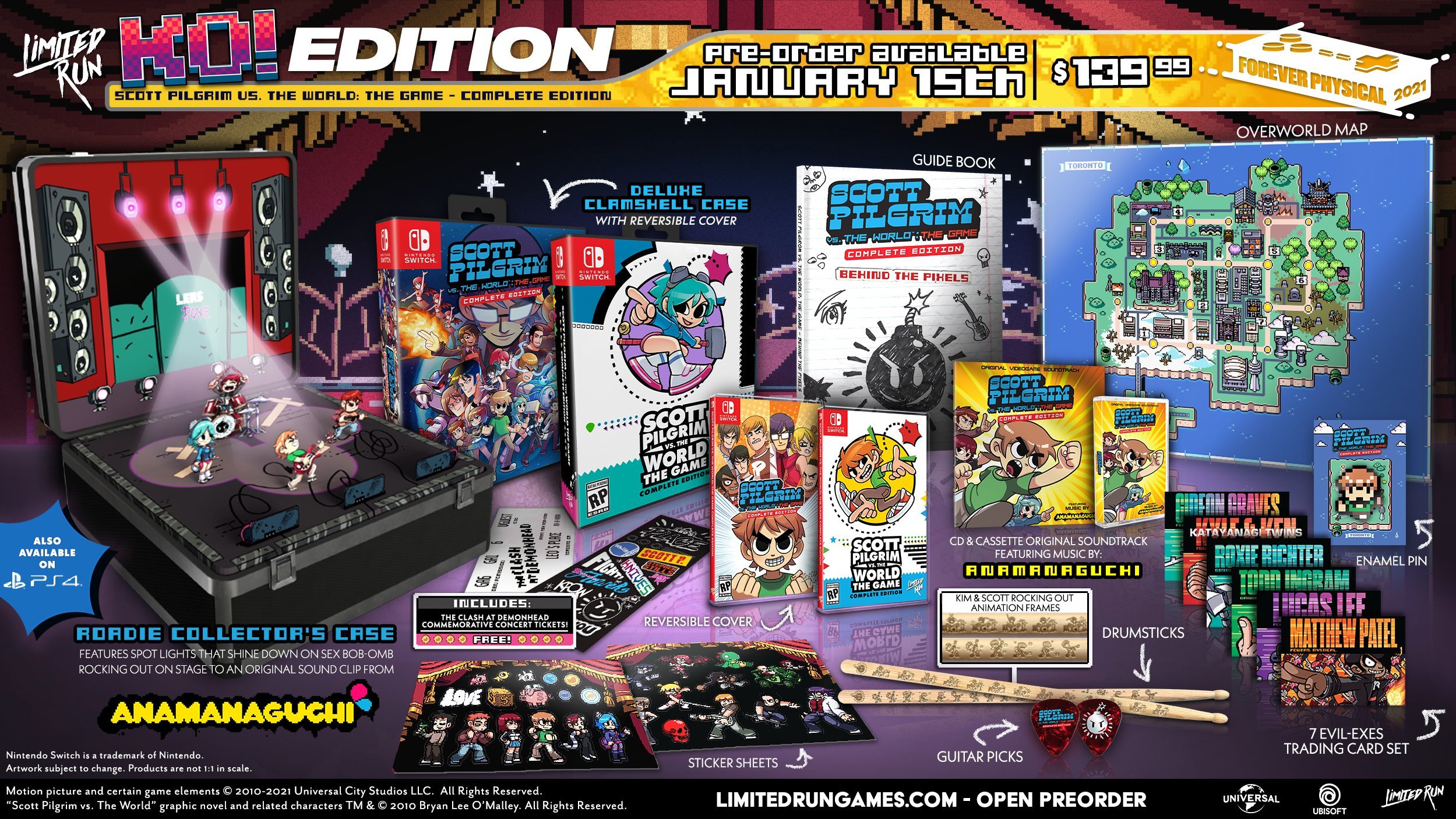 It’s special to see a game that vanished from digital storefronts mount a comeback like this.

Josh and the gang at @LimitedRunGames have been working closely with me and @anamanaguchi. I did the sonic parody cover art with @nathanfairbairn colors. The other covers are by @kinucakes & @personasama who worked on the original art team for the game <3 https://t.co/MByn7wHu2k

If you’re a fan of Scott Pilgrim in general or even just this game – it’s good enough to stand on its own – you probably won’t want to skip the physical version. Pre-orders will be open until February 28, 2021.