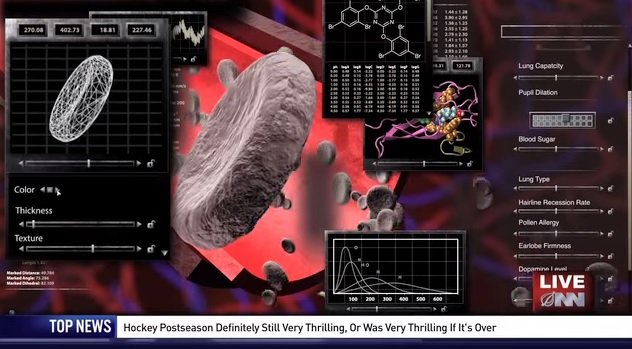 ‘Create the muscular skeletal system that’s right for you’

We’re not quite at the point where we can customize individual organs and bones in a character creation screen, but The Onion humorously takes a look at a fictional Elder Scrolls Online system that does just that — and creates plenty of abominations to wince at.

Although it sounds funny that someone has been designing “an orc’s liver for five hours,” I know people who have actually spent hours creating characters in Elder Scrolls right now — much less in 10 years with all of the advancements we’ll see.