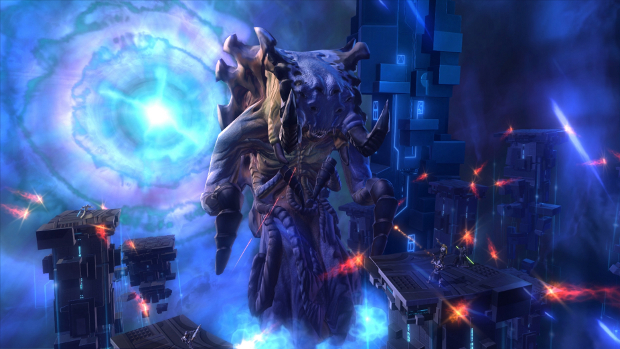 Star Wars: The Old Republic update 1.4, “Terror from Beyond” goes live today, with a slew of new features. Republic and Empire affiliates can travel to the furthest reaches of the galaxy to combat an eldrich evil created specifically for The Old Republic, and they can use their character’s faces to express their terror! What a magical time we live in.

The Gree, the enigmatic, incredibly advanced aliens whose droids love to go on about color coded bisectors, have been protecting some dangerous ancient tech, but are under attack from the evil Dread Lords, a group of rogue Sith. Operation: Terror from Beyond will task players with dealing with whatever comes out of the ancient Gree Hypergate; it’s probably going to be nasty.

As well as this new Operation, an improved group finder has been implemented, you can match up and coordinate the color of companion gear, and facial emotes are now a thing. Do you want your smuggler to look perpetually smug? Go for it! For those who are all about the stylin’ and profilin’, there’s a sure to be ludicrous new set of legendary gear for you to saunter around in, the Dread Guard’s togs. It’s live now, so go check it out.