You’ve read about the nebulous hype, now it’s time to look at another set of raw sales numbers for the Switch. While Nintendo hopes to surpass the Wii U next year, in the meantime, we can see its momentum grow in Japan in spite of shortages.

Based on numbers from Mediacreate, the Switch has sold 1,527,962 units in 26 weeks, which can be directly compared to the now-dominate PS4 that sold 665,760 in that time. It’s clear that a new system would come out of the gate swinging in its first week, but steadily the Switch has been selling at least 20,000 units since then, hitting roughly 70K in its 26th tracked week.

Let’s look at this in the big picture though. The PS2 is still king with roughly 155 million lifetime units sold, followed by the original PlayStation with 102.5 million, then the Wii with 101.6 million. It’s very possible that the PS4 will break 100 million by the end of its lifespan. Will the Switch ever approach those numbers? We’ll see! 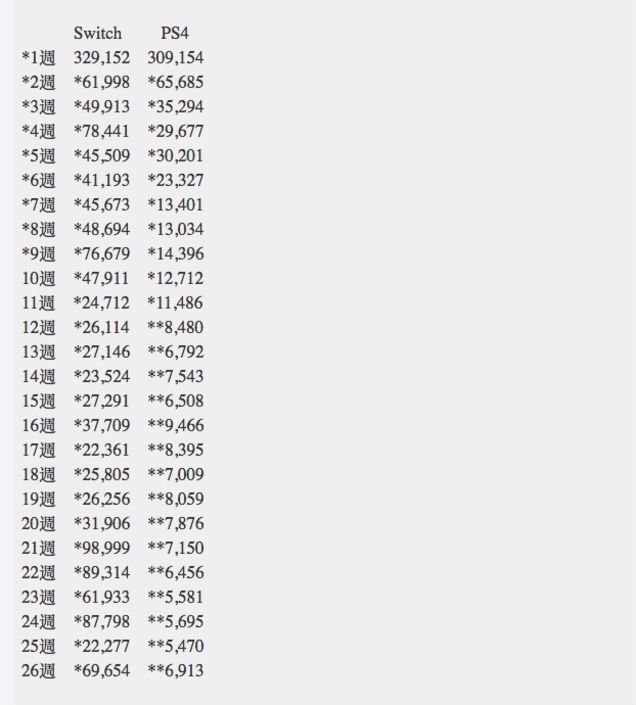