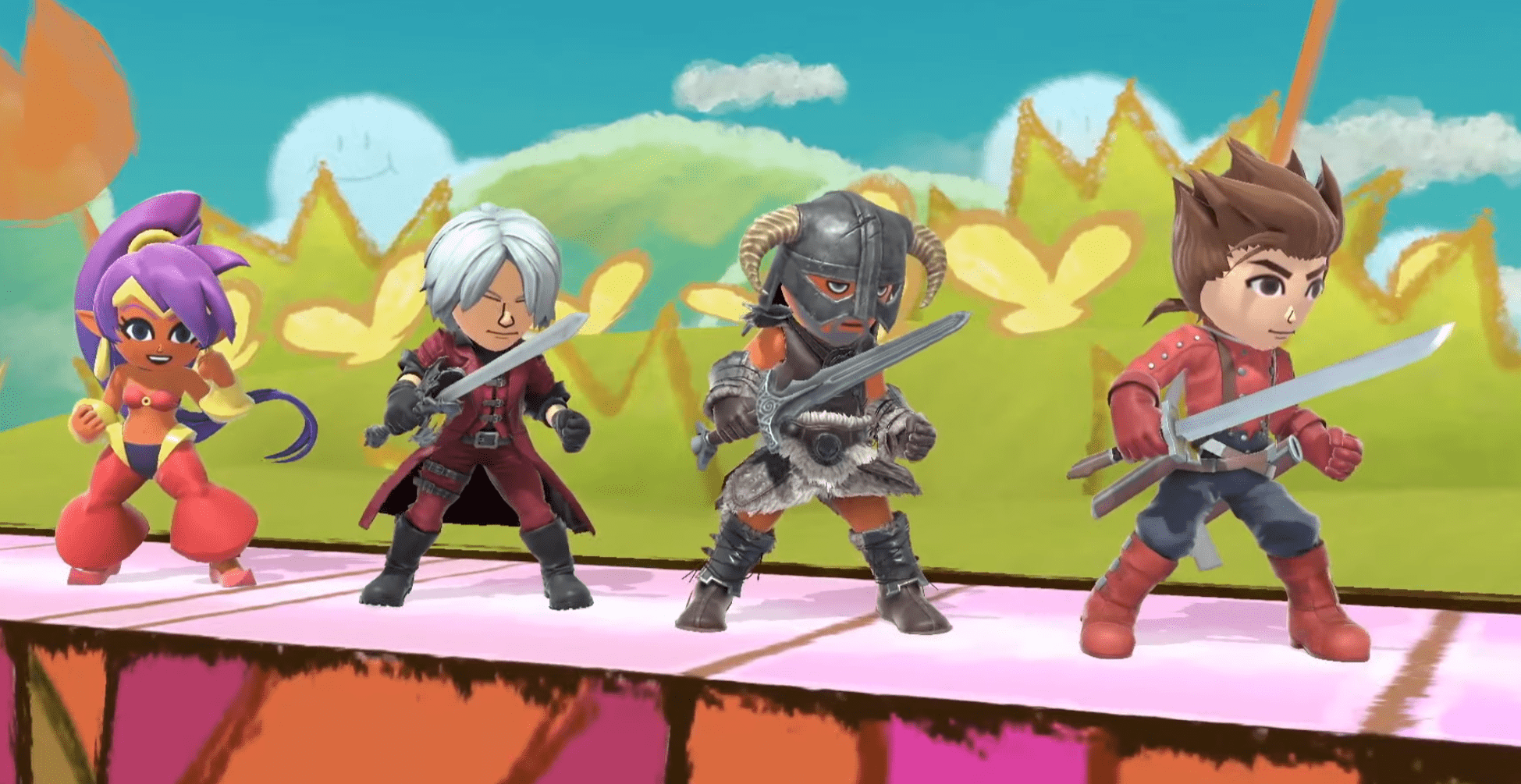 During today’s Kazuya Mishima DLC stream for Smash Ultimate, Sakurai had to sneak in DLC outfit confirmation, too. Mii Fighter costumes are back, and will include crossovers with Tales of Symphonia, The Elder Scrolls: Skyrim, Devil May Cry, and Shantae.

In respective order, the costumes will represent Lloyd (swordfighter), the Dragonborn (swordfighter), Dante (swordfighter), and Shantae (brawler). Sakurai says they named the character Dragonborn “because it’s the English translation of Dovahkiin, which is “dragon child” in the dragon language of the original game.” As for Shantae, she’ll come with one song in the “other” section of the soundtrack: Burning Town, from Half-Genie Hero (the first stage). 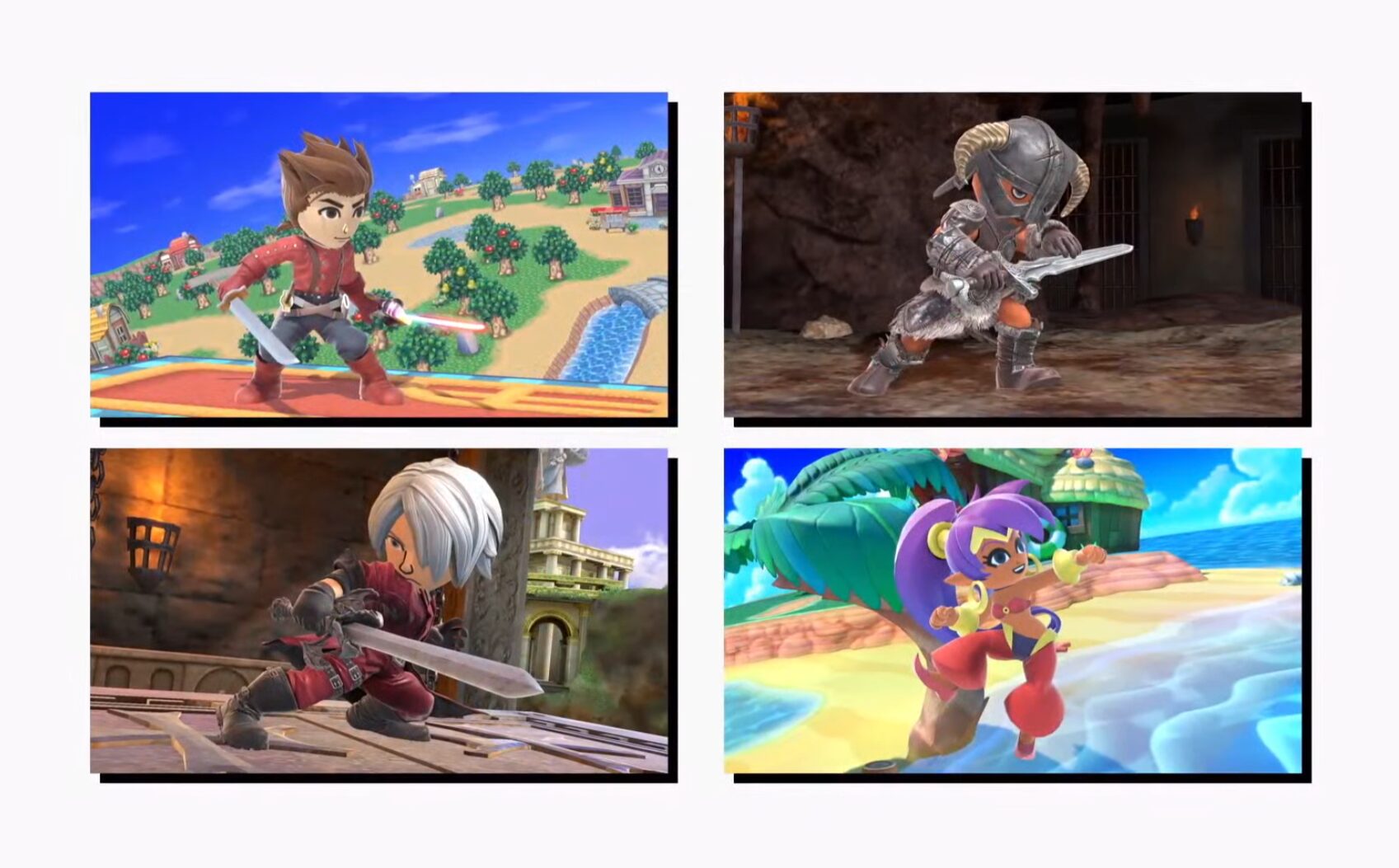 As Mii outfit DLC round 10, they’ll be 75 cents each, released alongside of Kazuya on June 29.

Mysterious as ever, Sakurai teases that the last character of the last fighter’s pass is still on track to release this year.