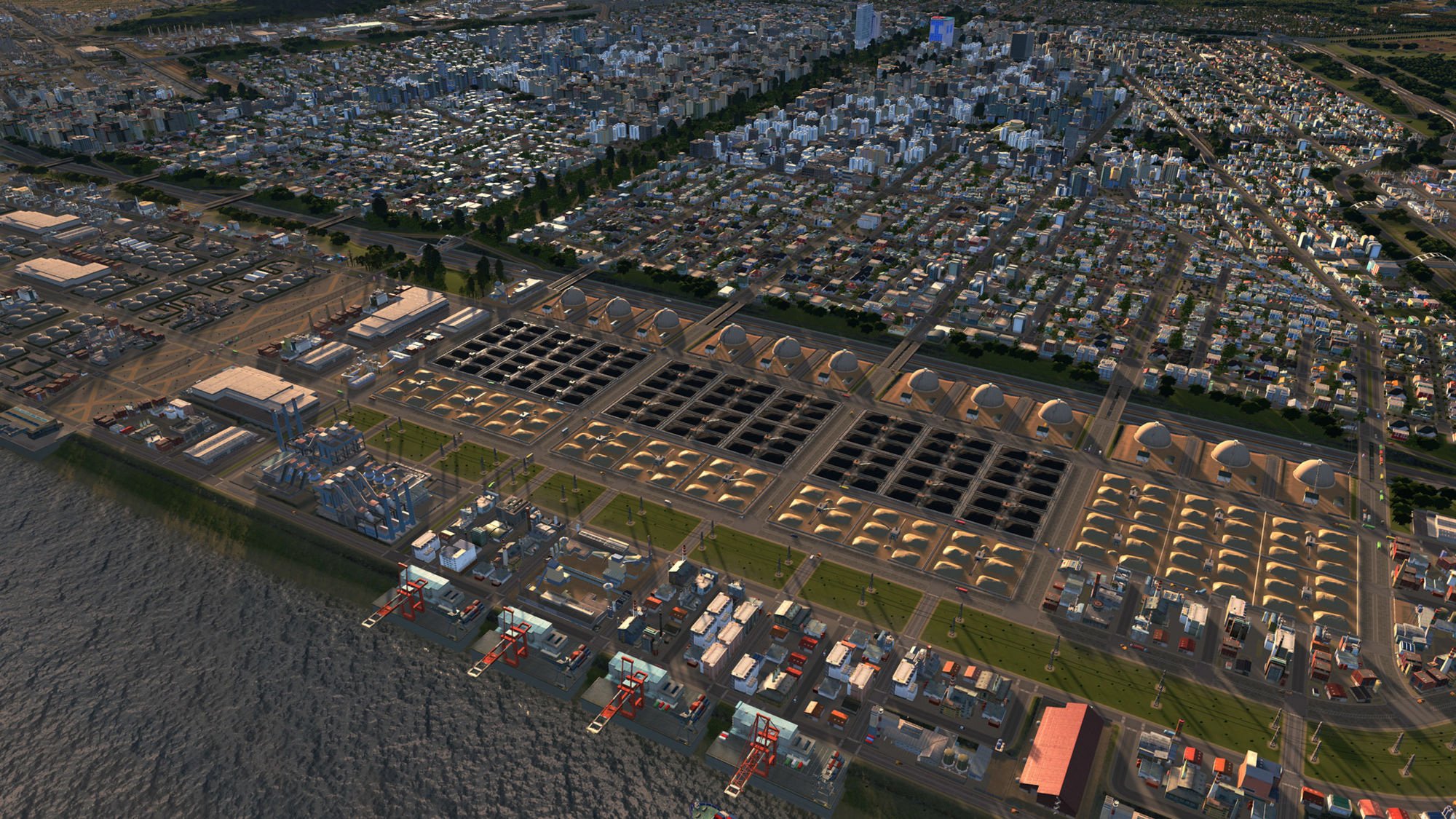 Work it harder, make it better

The next DLC for Cities: Skylines is said to be one of the game’s “most in-depth expansions” yet. Industries is coming first to PC and Mac on October 23 with the newfound ability for players to manage supply chains. You’ll be able to harvest resources and then process and ship out goods.

Using a new tool, you can designate an area as industrial and start building factories. “Industry Areas are divided into four types based on the natural resource they are processing: Farming, Forest, Ore and Oil. These areas can level up upon reaching productions goals and staffing requirements.”

For all you non-expansion players out there, you’re getting a little something too. A free update releasing on the same day will add toll booths, “which will slow traffic’s roll a bit, but generate extra income for the city. Players will also get the option to mark zoned buildings as historical, preserving their style, and the ability to create custom name lists for citizens, districts and spawned buildings.”

I still have occasional nightmares about a tricky supply-chain-management group project I had in college, so I think I’ll sit this one out. It does sound like a smart area for the game to focus on, though.