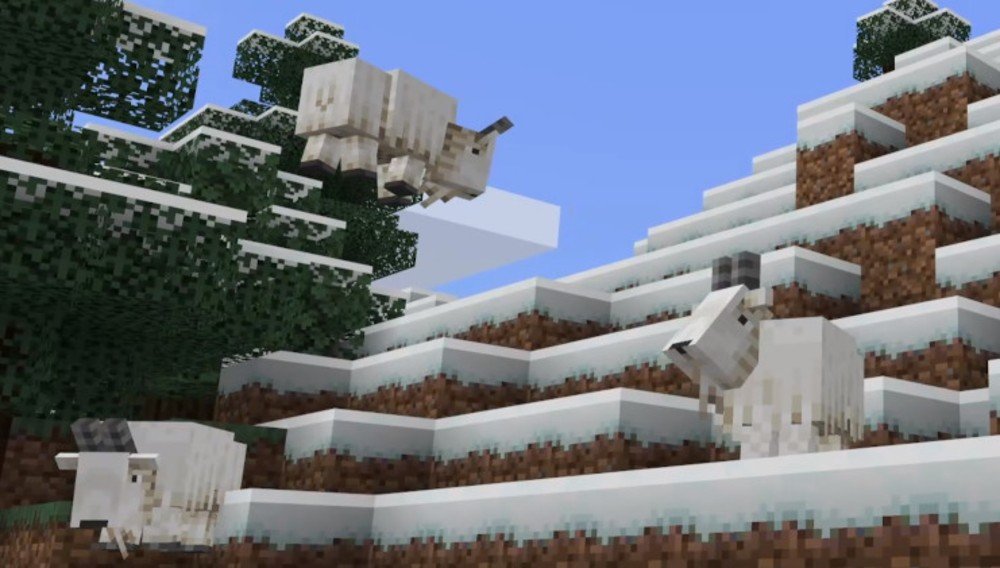 Minecraft Dungeons isn’t the only title in the series that will see big changes in the future, as this past weekend’s Minecraft Live stream confirmed that the original classic is getting a fairly massive update.

Although the next Minecraft patch has been in the works for a while, it now has an official name: Caves & Cliffs, and it does exactly what it says. Both caves and mountainsides will get significant biome upgrades, with the former seeing multiple new varieties (lush/dripstone). Crystals, telescopes, bundles, sculk sensor blocks and a new warden mob are all part of the update as well.

As for the mountain enhancements, we’re getting a new mountain goat animal, on top of copper (which will turn green over time to sort of “age” your game). The axolotl and glow squid mobs will also be added at some point.

For those of you who regularly play Minecraft, a few components of Caves & Cliffs are fairly huge in nature. With more variety in the map overall, it adds a ton of replay value in terms of endlessly exploring and recreating adventure maps. I’m most excited about the lush and dripstone mechanics given my penchant to endlessly dig as one of the first things I do in any new map.