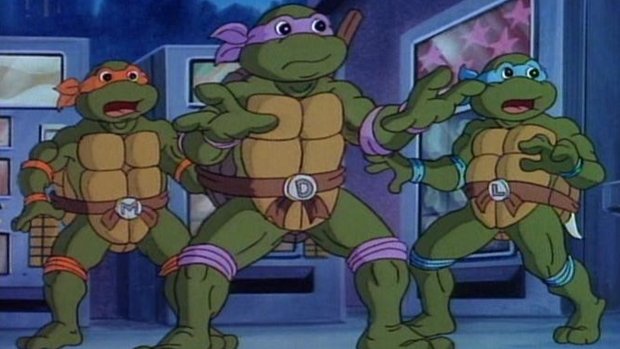 A couple weeks ago, Hamza posted some pictures of the new Teenage Mutant Ninja Turtles: Out of the Shadows, Activision and Red Fly Studio’s upcoming venture. Naturally, he was curious why they were so hideous looking. They look a bit like the horrifying Mason Verger in Hannibal, whom I just learned was played by Gary Oldman as I took to Google for the character’s name. I also decided against linking a picture, because he still creeps me out. Google on your own accord.

Anyway, those initial teaser images came before facial rigging was implemented in the 3D models, hence the unsettling pinned back smile and generally uncanny look. The shots below have a bit more life, a bit less “creepy mannequin that will kill you when you blink,” though the wrinkly-watermelon-headed turtles is still a stylistic choice that’s staying.

Look out for my full preview of the game in a bit.