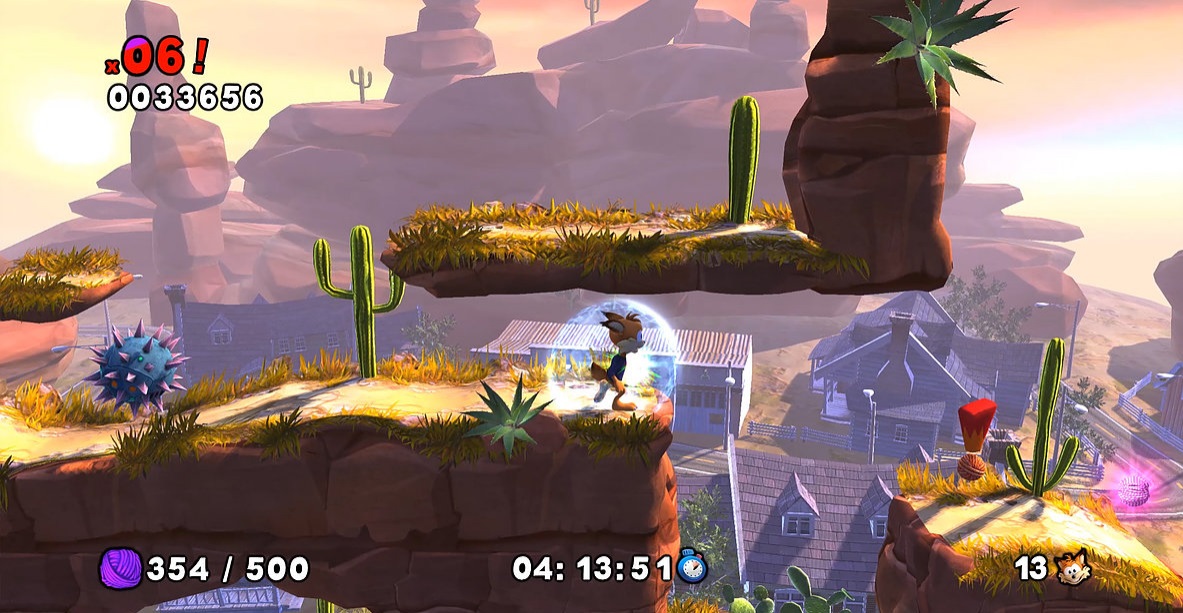 [Normally I’d pooh-pooh someone hoping for a game to be bad, but Manchild makes too damned strong of a case for Bubsy being butt-garbage that I can’t make a reasonable argument against him. If you’re going to revive a series, why change what it’s all about? So sit back and take in all the shitty platforming nostalgia! Wanna see your work on the Front Page? Write a Cblog, dang it! – Wes]

I’ve been waiting my entire adult life to write an article about a new Bubsy game. I just never knew it until today. 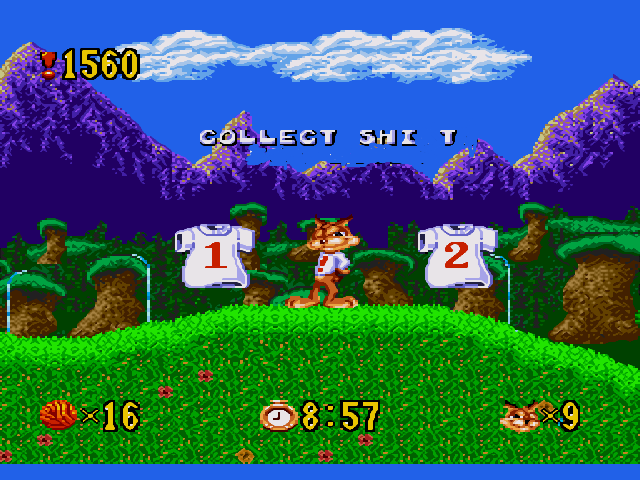 When I was about eight, maybe nine years old, Bubsy came out on the Sega Genesis and Super Nintendo. I was so stoked to have another animal-based platforming game, one with all the notable ‘tude of the Sonic series and all of the charm of a crusty jizz rag in an alleyway. But being young and impressionable, I had no idea that behind it was all the sneering cynicism of a company trying to make a buck off of the decidedly better platforming experience that was Sonic the Hedgehog. I’m not going to lie; these days, I kind of find them both shit for some of the same reasons, the primary one being level design that does not remotely encourage speed in any sort of rewarding fashion. My own game I’m developing is a riff on the concept that you are just going too fucking fast to reasonably react to obstacles in your way; but Bubsy with its poor collision detection and confusing art direction emphasized this in a way not even Sonic could muster.

Oh Sonic. I thought ye were so mighty. I was so enamored by the mysteries of your world back then, so coveted by the colorful glory you brought to my television screen. If anything I now prefer your 3D iterations despite their many flaws because I can see where the hell I’m going at least twenty percent of the time. But back to fucking Bubsy.

Everyone rips on the 3D Bubsy game all of the time, most likely because it was a big pile of shit. But believe it or not I have some kind of bizarre fondness for it. I admire the simple polygonal world. I think it’s a living nightmare to actually play the game; it feels like my hands are in cement blocks while I wrench and twist the controller in frustration. But its look, most likely not a conscious avant garde artistic decision and more likely unfamiliarity with new hardware being responsible, is appealing to me. But I don’t hate it, I just find it simple, old – sort of unremarkable. 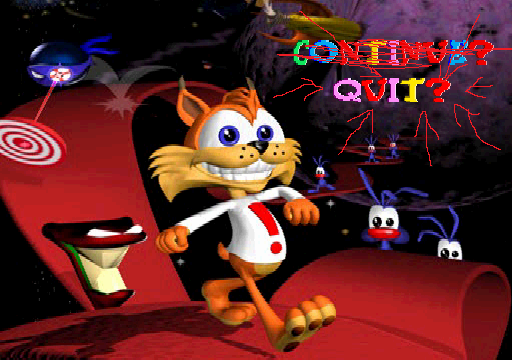 I DESPISE the first Bubsy game.

I remember being young and it being one of the first moments of self-awareness I ever had. Where you come to grips with the reality of your own frail existence. Like when your mother first lied in front of you and made you shut up about it, Bubsy was a fraud. I uncovered him, stripped him of his obnoxious white shirt, and saw the pink nipples of fragility and shame beneath. I realized I hated playing the game, every miserable second. That I was just slamming buttons monotonously on the controller on total auto-pilot hoping fun would find my position in the room and reach out of the TV screen to touch me. But it never did.

And that’s why I want the new Bubsy to be a big piece of shit.

There are expectations we place on things. Everyone wanted Yooka-Laylee to return them to nostalgia of Banjo-Kazooie. Some got that experience, many were disappointed. They didn’t know quite what it was, perhaps. There was some magical element in the formula that was missing, a dash of some mysterious spice they couldn’t put their finger on, and it just ended up being unsuitable to their conditioned, well-refined palette. In the same way Kraft Dinner will never taste the same as it did when they were young, something is just lost as the years go by. And my assertion is that an evolution of an experience is more important than a recreation of one.

I think Shantae: Half-Genie Hero is genius precisely because it feels like a refreshing revival of all the things I like from games gone past. You have a brilliant art style that takes full advantage of all the modern improvements in resolution, animation, and color while being familiar enough that you could just as easily transpose the entire thing right back into the 16-bit era and not miss a beat in terms of the gameplay itself. It’s not remarkably new or different in what it does, it just does it really goddamn well and manages to stand out above the rest of the retro revival crowd due to really solid, tight design principles. And the music? Oh my fuck. “Mermaid Factory” is masterpiece all on its own, and the soundtrack for that game will forever live in my car. What a treat.

Super Mario Galaxy, which I just picked up today after ten years (!!! I feel old…), is the perfect example of how to do a 3D platformer, and should be the golden standard for the genre. It may not give you the big sprawling world to run around in, but the freedom of dimension it offers in the fact that planets and platforms can be thoroughly explored from all angles, and the illusion of wide open space does a pretty good job to emulate the feeling you get when you can run anywhere and do anything in a 3D space.

No insult to Yooka-Laylee. I like the game, and it feels pretty similar to Banjo. But there is this unfortunate tendency to place all of our hopes and dreams on a new game recapturing an experience in its entirety, the way WE remember it, when that is by most accounts a rare possibility. I have not felt like any Sonic game in recent memory gives me the same feeling of the older Genesis titles, but on the other hand, Freedom Planet gives me the whole Sega experience in a way I didn’t expect, evoking the same sensations I get from reliving Sonic, Gunstar Heroes, and Alien Soldier. It’s its own thing, and it doesn’t entirely feel like any one of those experiences (even if it really is trying to be Sonic in many ways), but it hits the same wavelength for me. It’s a vague concept, capturing the feeling of an experience, and that’s why so few reboots are really successful; unless you innately and intimately understand that and can recreate it, your game too will feel like a fraud. Your game will feel like a Bubsy, a wolf in sheep’s clothing hiding a shriveled, flaccid member beneath a shroud of utter lies. 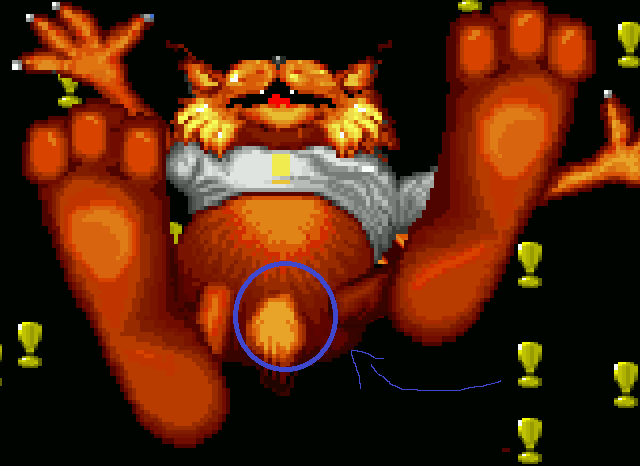 Bubsy needs to find that frequency, but in a different way. It needs to hit the same note it did back when it was parading around as a rival to Sonic despite not being good enough to slurp on the blue salt of that wrinkled patch of skin between his anus and testicles. I think they call this note “the brown sound.” A sound at such a pitch as to induce its listening audience to shit themselves uncontrollably. Like a masochist in leather and chains, I want Bubsy to push me to my knees and humiliate me with how goddamn horrendous it is. I want a game to finally come out and live up to every expectation I have of it, and my list of requests, Accolade, is quite simple.

I want the hit detection to be utter shit. I don’t want Bubsy himself to ever shut the fuck up for a single goddamn second the entire game, him constantly spewing one-liners to the point where you can hear the voice actor deliberately taking breaths in between an endless assault of bad puns and corny feline-related plays-on-words. I want it to be more unfair than I Wanna Be the Guy, and more poorly-designed than my six-year-old’s levels in Mario Maker. I want it to be artistically incomprehensible, rife with graphical glitches, inconsistencies, and enough freezes and crashes just to be irritating, but not enough to make me give up entirely. The trailer nearly brought me to tears of joy with its bottom-of-the-barrel Unity-flip assets. I nearly came when I saw background textures flickering with all the intensity of teenager performing fellatio. It was like I could feel the rubber pads of Bubsy’s foot pushing down on my back and feeding me sweet nothings as I was whipped raw. “MEEOWW YA LIKE DAT? I CALL IT MY ‘CAT O’ NINE TAILS,’ MORE LIKE ‘CAT O’ NINE LIVES,’ AIN’T IT JUST FUCKIN PURRIFIC?” 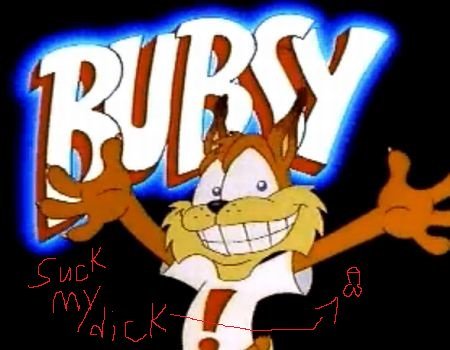 Take me, Bubsy. Take me into your limp, yielding embrace. Run your claws down my back and make me remember what it was like to be ten and stuck with you for an entire fucking weekend because the video store had a no-return policy.