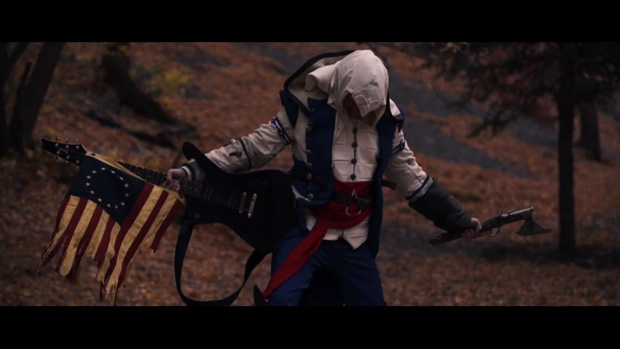 Forget Squall and his candy-ass gunblade

Hot on the heels of Corridor Digital’s Assassin’s Creed III short film is this rock arrangement by Warialasky — consider it a spiritual follow-up to the Skyrim cover from earlier this year. With all this Ass Creed love lately, you’d think there was a new game around the corner or something.

The song is great and all, but the star of the show is the ingenious amalgamation of musket and tomahawk that I hereby dub “muskethawk.” The muskethawk is a versatile instrument, able to embed itself in a man’s torso then fire off a round for extra lethality. That Ubisoft didn’t think of this first and put it in the game ought to be grounds for major point deductions.

It’s alright, Ubi. Add it as DLC later and all will be forgiven.