Peter Molyneux held a talk at Eurogamer Expo last weekend and suffice to say, it was about Fable III. Thankfully it was not so much about the new game’s features or some kind of PR presentation, but more about what influenced the design and look for the Fable games. As a big movie buff myself, this of course grabbed me more than some talk about Fable III‘s mysterious “after you become King” part of the game. Because to be honest, I still have no clue at all what that is exactly about in terms of gameplay.

Some of the movie influences Molyneux mentioned were obvious in retrospect and some were actually quite baffling. King Arthur, for instance. Really? King Arthur? There was actually more to it, so read on for a full overview of influences that defined the look and feel of Fable

For context’s sake, Molyneux started out by talking about how they got the idea for Fable around 1996 while working on Dungeon Keeper. Three core concepts would play an important role in the design of the series. The first was to create an epic world that was more like our own than a high-fantasy world. That means no elves, no dwarfs and no dragons. Monsters of the kind we use in children stories were okay, though. 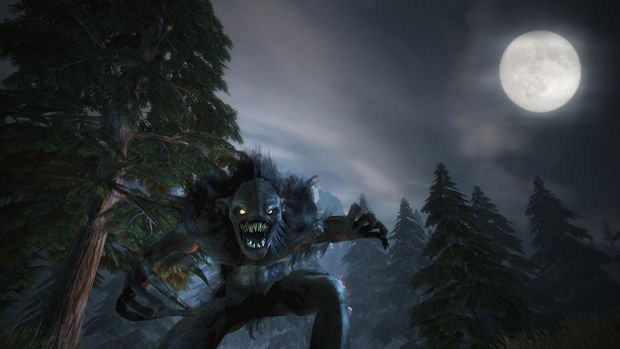 The second was to create a role-playing game that was less about “numbers” than the D&D-inspired RPG games of that period were. At the same time, you should feel like a badass hero as well — without seeing that reflected in a level number. One who could be a “good” badass or an “evil” badass: morality was the third concept.

If you’ve played the Fable games, you can easily see those ideas reflected in the game world and gameplay. You don’t see too many stats for an RPG. Sure, you have a life bar and a mana bar in Fable, but Fable II already streamlined the mana aspect in favor of that weird manaless magic system they had. You have to keep in mind this was before BioWare shifted in a similar direction from Neverwinter Nights to Knights of the Old Republic. Between those two games, the stat-driven gameplay got a cosmetic makeover so players wouldn’t have to bother with the numbers as much anymore.

So it was important to create a more realistic world that was allowed to be somewhat magical and fantasy-like, but still mostly grounded in reality as we know from history. Numbers were bad, and you had to feel like you were a hero that became stronger regardless of these figures that show us our level or damage output. Cue the movie inspirations for these three concepts. 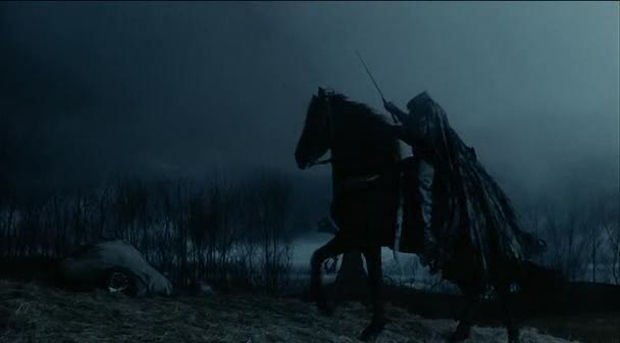 For the first Fable, Tim Burton’s Sleepy Hollow (1999) influence was all about the look of a fantasy world that was grounded in reality but was magical in a sense. Sleepy Hollow had that dark, mysterious forest setting where strange things happened. Things that couldn’t be real, but were set in a world like our own. It was a perfect fit.

The look of the dark forest even made it into Fable. Some of it was scrapped before it was released, but you can still see the influence in some parts of the game. Molyneux showed some early concept art for Fable and talked about how it was once a very visually stylized game, but that they chose a more realistic look to keep that grounded-to-the-real-world feel.

A bit of an odd influence was King Arthur (2004). While the influence of King Arthur is more about the legend of King Arthur than the movie itself, both have their influences for the Fable series. The legend of King Arthur is one that is set in our own medieval world where the magical aspects of the story were probably either overblown or just made up, but it contrasts to something like a Greek myth. Since legends generally fit better into our recent human history and world than myths, which tend to focus on supernatural creatures and gods, becoming a legend yourself is what Fable is all about.

The movie, while awful, took the legend and framed it in a slightly more believable story. Even though it was really lame. As such, it’s easy to see how it ties into the Fable series’ focus on keeping the world human and something we can easily relate to. Although it’s hardly something the Arthur legend can claim ownership of, the concept of having a group of heroes fighting evil is reflected in Fable‘s Heroes’ Guild as well. 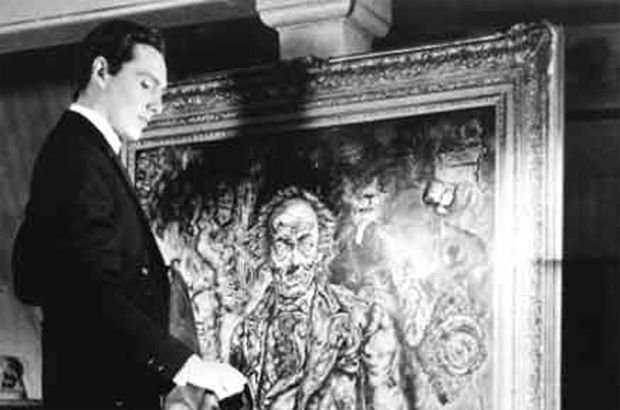 A more fun movie choice was The Picture of Dorian Gray (1945). In case you don’t know the story, the movie and the Oscar Wilde novel it was based on concern a young man who is handsome on the outside, but morally corrupt on the inside. He has a kind of magical painting that allows him to stay young and beautiful without aging. But every time he sins and does evil deeds, the picture transforms his image to a more evil-looking form of himself.

This is where they got the idea of having the look of your hero change as you do good and evil deeds in Fable. Expanding on that, it also partly influenced the design choice for Fable III‘s weapons where the way you use your weapon defines how it will look over time.

Moving on to Fable II, a key influence was Mad Max 2 (1981). Of course, it was because of the dog. The attachment of Mr. Rockatansky to his dog companion, who also fought with him, was something they wanted to recreate for players in Fable II. Apparently at the end of Fable II (spoilers if you never finished it!) you can choose between keeping your dog, sister and family, sacrificing them for the greater good or letting everyone die for money. I don’t remember anything about the ending of Fable II myself other than that it suddenly ended, but apparently there were people who found that choice to be a really hard one because they felt a connection to the dog. Maybe one day a wizard will give me a heart for my tin body.

The impact of the big decision in Fable II on how the player is engaged into caring about the effects was something they wanted to do in Fable III as well. Molyneux said that in Fable III, there will be a big decision with a large impact for the rest of the game within the first 10 minutes. Given the nature of the games to carry the player from a hero’s childhood into adulthood, I think it’s safe to place a bet on a choice you make in the hero’s youth. 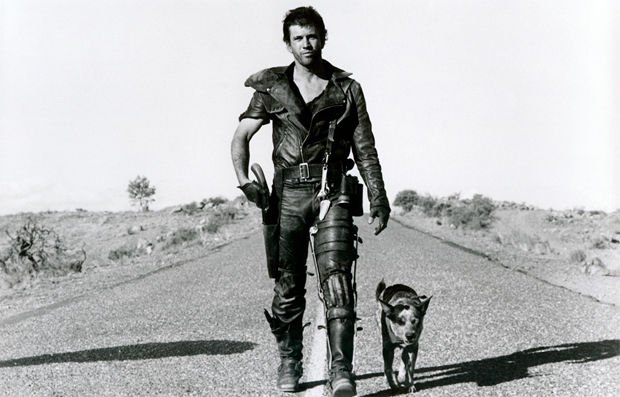 Two other movies and legends influenced Fable II, and both have a more direct effect on the gameplay and story. Robin Hood, another legend, was an example of a hero who grew into his role in a world without magic. In Fable II, the Heroes’ Guild is gone and you are the only hero left. That, and Robin Hood’s theme of his rebel force fighting against a corrupt power structure is the first part of Fable III.

The scene in Kill Bill Vol. 1 where the Bride fights the Crazy 88 inspired the one button combat. The goal was to make everyone feel like they could fight tons of enemies, with fancy and contextual moves, without making players push too many buttons. Where “too many” equals” more than one,” apparently. According to Molyneux, the one-button combat should be 5-6 times better in Fable III. I hope so, because I was absolutely awful at the timed button combos.

For Fable III, a key design concept wasn’t inspired by a movie, but a game: Ico. Molyneux even called Ico‘s design “probably the greatest game design ever.” What he was talking about is the touch mechanic that creates an emotional connection to the escort character. Fable III lets you take an NPC’s hand and bring them to places. And they will struggle to break free when they find out that where you are taking them is not somewhere they want to go. 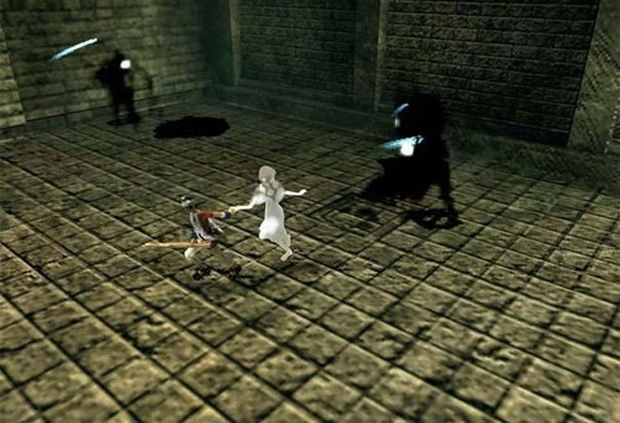 Perhaps you’ll be able to marry and then take your husband or wife to a whorehouse to work there? Some of the gameplay videos seem to indicate you could force people into labour, although I don’t think Fable III is upping the gay marriage ante by introducing male whorehouses yet. You never know, though. At the presentation, all the talk about touching took a turn for the worse when jokes were made about touching and being touched in various places. I sure hope there won’t be too much touching in the childhood period if there is a church involved.

Finally two movies inspired the look for Fable III‘s 18th century Dickens kind of world. The movie Perfume: The Story of a Murderer (2006) visualized Paris in a very distinct way. That movie used a dark monochrome and a yellow-and-gold pallet to elicit a distinct feel for the viewer. Some screenshots were shown that displayed a similar colorful distinction in Fable III, although it wasn’t clear if this would be tied into the morality system or if it will just mean that the slums will be dark and the castle will have a lot of bloom. And to create an 18th century look for the city of Bowerstone, the visual design was inspired by the way London was depicted in an Oliver Twist movie adaptation. I can’t be sure which movie adaptation it was, but it looked like the 2005 one.

To wrap it all up, Molyneux pointed out the progression through the Fable series: from one of many heroes to the only hero to king. And from a fairy tale’s medieval era to a kind of early Napoleonic era to a similar one with an early industrial age twist. Fable III is set some 50 years after Fable II, after all. What’s next, a Fable VII with emperors, space knight heroes, an emotional player connection to his spaceship and a small moon called Albion? Wait, that’s no moon …