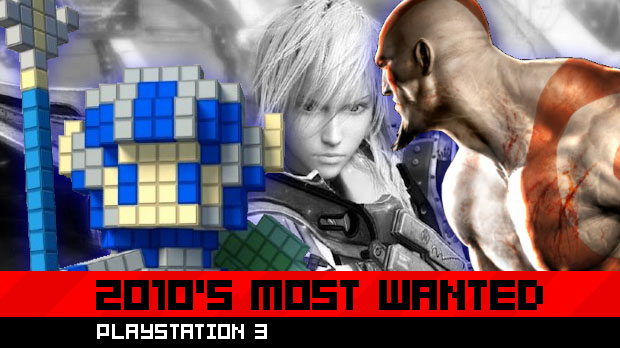 2010 is almost here, and we’re counting down the days with the most anticipated games of the upcoming year. Yesterday, we took you on a tour of Destructoid’s most eagerly awaited Xbox 360 games of 2010. Today it’s the turn of the PS3, and boy, what a good-looking bunch of games we have.

Sony has been consistently delivering with top-quality exclusives, more so than the 360 lately, and it looks like 2010 will continue this trend. The PS3 has arguably the hottest collection of exclusives on the market, so join Samit Sarkar and myself as we tell you about the best-looking PS3 games of 2010.

Is it a videogame? Is it a movie? Is it innovation, or is it a bad idea? There are many questions left unanswered about the spiritual successor to Quantic Dream’s Indigo Prophecy, but it’s going to be a lot of fun finding out the truth. Players take responsibility for a number of characters linked by the “Origami Killer,” a serial murderer who needs bringing to justice. Mundane daily life and plenty of QTEs seem to be what Heavy Rain is about so far, but I trust Quantic, and I hope this game will get way more action than it’s currently promising.

The way game director David Cage talks, I do worry about this game. I fear he and his team are spending so much time worrying about making the game artistic and movie-like that they’ll forget to make it a fun game. However, that very fear is what makes me look forward to Heavy Rain so much. I simply can’t say for sure whether or not this game will be brilliant or a terrible error of judgment. I can’t wait to find out, either!

Fun fact: Heavy Rain was also my most wanted game of 2009. Maybe it’ll come out this time!

MAG is another game that, like Heavy Rain, could be a design triumph or a victim of its own ambition. This massive 256-player FPS extravaganza is set to be one of the biggest console exclusives of the year, but we still don’t know if it will all work or become a huge, chaotic mess. Hopefully it works, because it looks gorgeous and the PS3 could do with another excellent online game.

Whether or not Zipper’s Massive Action Game succeeds or fails remains to be seen, but I am really looking forward to seeing the hugely ambitious project put into practice.

Another obvious choice, Final Fantasy XIII may not be exclusive, but Final Fantasy always feels at home on a Sony console, regardless of its NES roots. Besides, the one-disc Blu-ray and total lack of compression makes it the superior option, if only slightly.

In any case, Final Fantasy XIII looks stupendously gorgeous, and promises to be yet another huge, sprawling, epic role-playing experience. It’s been in development for almost half a decade, and has become a staple of the current generation even before its release. The long wait is almost over for we Westerners, and I am incredibly hyped for it after such a long wait.

It’s already set to be one of the best-looking games this generation, and the fighting system looks like a significantly more thrilling experience than in previous games. Provided the story holds up its end of the bargain, we’ll be in for a magnificent RPG adventure this Spring.

Need I really say anything? It’s fucking of God of War III!

From Software delivered my top game of 2009 with Demon’s Souls, so I can’t be blamed for hoping they’ll do it again in 2010 with 3D Dot Game Heroes. This beautifully nostalgic romp is shameless in its pilfering of all things Zelda, and it looks like fans of top-down adventure games will feel like their childhood has returned to kick them in the teeth (in a good way) when it finally launches next year.

Beyond all that, the game also looks stunning. The retro, blocky visuals have been given a current-gen lick of paint that creates a rather stunning graphical style. It’s simplistic and elegant, and already appears to be one of the best-looking PS3 games out there. I have every faith that From will release a bloody brilliant game, and I’m giddy with anticipation. Not just one of my top PS3 games of 2010, it’s one of my top games of the year, period.

I love me some open-world carnage, and Avalanche Studios’ Just Cause 2 looks like it’s going to deliver a go-anywhere, do-anything bonanza of destruction like few other games before it. Having seen the game’s crazy grappling hook action firsthand at E3, I’ve been hoping that it will offer an experience that’s less janky than Mercenaries 2: World in Flames and less structured than Red Faction: Guerrilla. Protagonist Rico Rodriguez seems like he’ll bring an appropriately cheesy tone to the game, which is exactly what I want to see after the serious-as-a-heart-attack world of Grand Theft Auto IV. Sometimes, you just need to blow shit up real good, and Just Cause 2 has promised to let me do that in style.

You’ve probably heard ModNation Racers described as “Mario Kart meets LittleBigPlanet,” and that premise alone might be enough to get you excited about United Front Games’ kart racer with user-generated content. But while LBP may have turned off some gamers due to its overwhelming slate of options and the significant time investment it required, ModNation Racers offers tools that are quite powerful in their own right, but simple enough for anyone to grasp. A live demo of the game’s track creation setup during Sony’s E3 2009 press conference blew me away: the presenter was able to put together a complete, fully functional track — ready for racing — within a mere five minutes. Now that’s “Play/Create/Share” gaming that I want to take part in.

Football fans have been looking for an alternative to Madden since 2005, when EA Sports secured an exclusive NFL license. But NaturalMotion isn’t necessarily trying to compete on the virtual gridiron with EA’s long-running franchise; instead, the developer is aiming to build a football game that sports gaming novices (e.g., most of Destructoid’s readers) and pros alike can enjoy. Oh, and thanks to the studio’s Euphoria engine, Backbreaker is set to deliver the most realistic videogame football experience ever — at least collision-wise — and ever since I played it at E3 this year, it’s been high on my personal list of most anticipated games.

We still don’t know a whole lot about Rockstar Vancouver’s upcoming Max Payne game, except that it’s set in São Paulo, Brazil, 12 years after the events of Max Payne 2: The Fall of Max Payne. But that hasn’t stopped me from being very, very excited for it; I was a big fan of the original Max Payne, and though I haven’t played Max Payne 2, I hear it’s pretty good. I’m intrigued by the change of scenery from New York to São Paulo, and by the idea of a character who’s more cynical than ever, due to a dreadful sequence of events that has left his life in shambles. Thankfully, it appears that he’ll have his trusty dual Berettas to shoot his way back to respectability — in Bullet Time, to be sure.

The long-awaited closer to Fumito Ueda’s trilogy of sorts (the previous two games having been Ico and Shadow of the Colossus), The Last Guardian is already looking like one of the most beautiful games we’ve ever laid our eyes on. Team ICO hasn’t revealed much yet, but the videos we’ve seen so far — a reveal trailer and a developer diary — have hinted at a relationship between boy and beast that appears to be similar to the bond shared by Wander and his horse, Agro, in Shadow of the Colossus. With such a high pedigree in two of the decade’s most beloved Sony exclusives, The Last Guardian didn’t have to do much to grab our attention, and indeed, its mysterious nature only adds to its status as one of the most anticipated PS3 games of 2010.