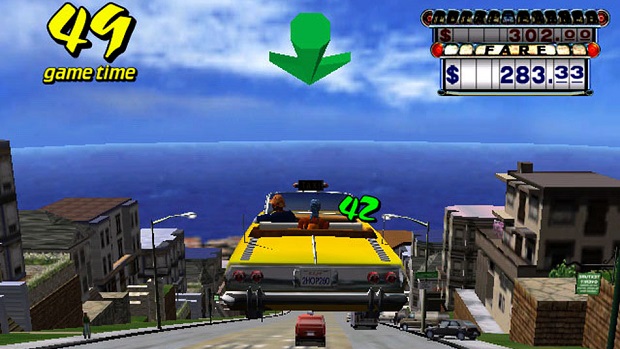 Do you share the same fondness of Crazy Taxi that millions of people do? Many remember it as one of the most enjoyable games of their childhood. Well, The Modern Zombie Taxi Driver might interest you, because at its roots, it’s Crazy Taxi with Oculus Rift support.

The premise is simple. Pick up zombies and take them where they want to be dropped off. Get extra cash for showing some hustle and destroying things along the way. We know that formula quite well. It’s the first-person viewpoint that makes The Modern Zombie Taxi Driver so fun.

I’ve tried a handful of games on Oculus Rift, and so far driving just seems like it translates the most naturally. The pace of The Modern Zombie Taxi Driver isn’t so frantic that it causes dizziness issues, but on the occasion that you flip your car over, it’s disorienting. Apart from that, it’s a joy just to look around and have a full range of view while driving.

That’s the extent of the demo that I saw – just five or so minutes of picking up and dropping off the undead while plowing into stuff. But, it takes a straightforward idea and makes it entertaining. That’s mostly thanks to it showing off what Oculus Rift holds for us in the future.

Unfortunately, that’s the exact reason we don’t know when this (or countless other titles) will see the light of day. Vitei doesn’t have any plans to make The Modern Zombie Taxi Driver available until Oculus Rifts are more widely owned than the developer kits are now. Regardless, this looks set to be a fine example of what virtual reality systems can do.