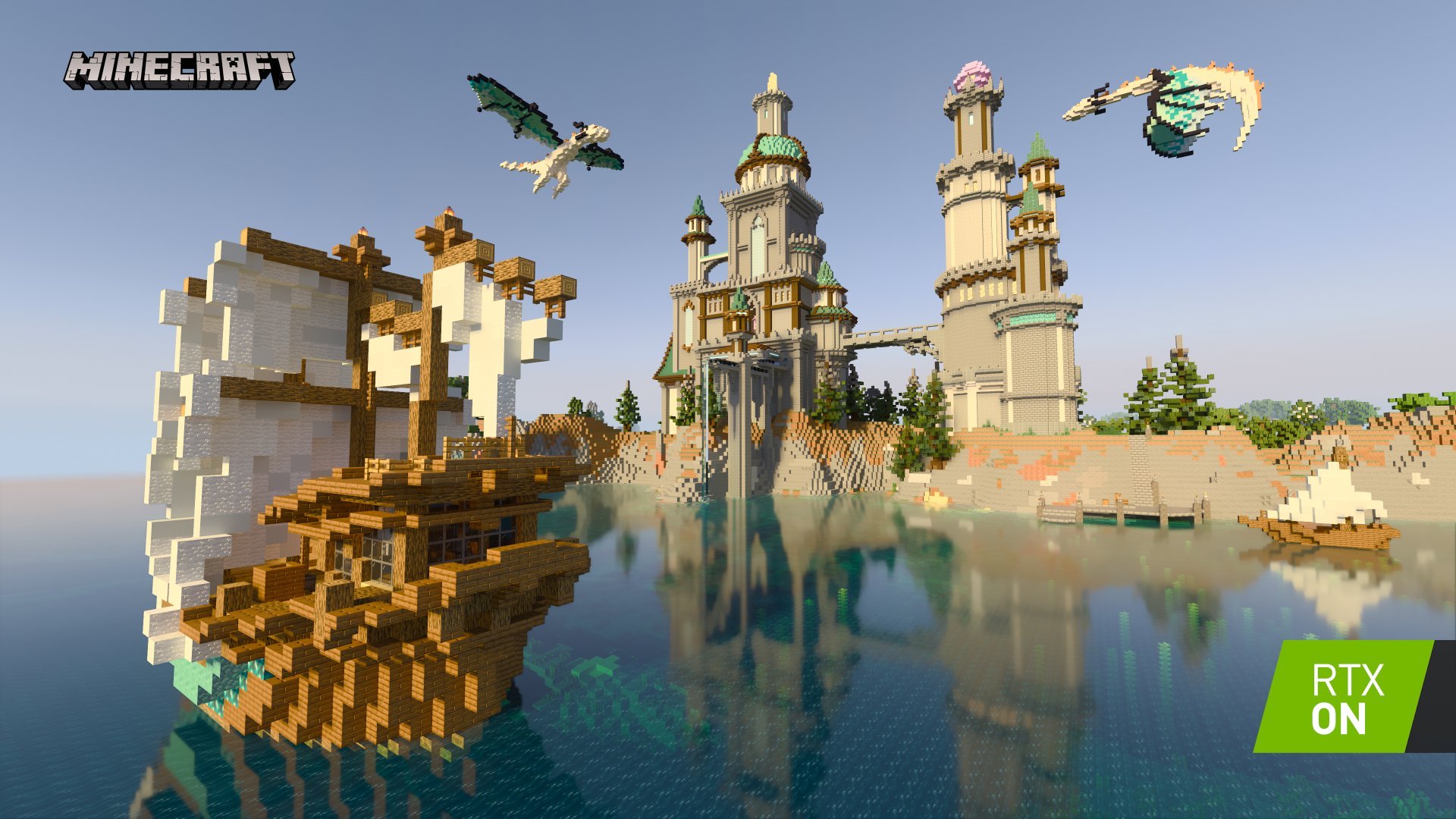 So the Minecraft RTX NVIDIA and Mojang/Microsoft project is now in beta, which brings ray tracing into the fold.

In case you missed it, Microsoft canceled the high-quality texture pack for Minecraft for technical reasons, which was set to bring Minecraft into a new generation of visuals, giving it a complete overhaul. As a concession, we’re getting RTX ray tracing, so long as you have the proper RTX graphics card to actually handle it.

Want in? Here’s how.

Basically, you need to download the Xbox Insider app from the Windows 10 Store on PC. Once you’ve launched that, go to “programs” and select the Minecraft RTX beta from the drop-down menu. From there, simply opt-in, hit apply, then load Minecraft from said store and go to the marketplace. You’ll find several NVIDIA RTX worlds to download: grab those, hit “create new world” and select one of them. Done!

Microsoft has provided several sample worlds to roam around in, and has allowed creators to craft their own RTX-enabled worlds. As a note, you can only use the new RTX features in worlds created for it, and you can toggle the “old” visuals and the new RTX ones by pressing “;” (semicolon) on the fly. It’s a nice feature that’s not unlike a lot of retro remasters that let you swap aesthetics in real-time.

Note that you’ll need a hefty graphics card to actually make use of it. While Minecraft can easily push multi-hundred FPS levels normally, toggling on ray tracing pushes it into the 10-50 FPS level for most rigs. While NVIDIA is calling it “playable,” it is a beta after all, and more optimization (as well as technological advances) are to come. From experience, I can say the difference is huge. Although Minecraft is billed as an accessible game at heart, hardcore players with big rigs will likely love the changes to the point where they won’t want to toggle them off and revert to the days of old.

If your PC can’t run it or you’re just curious, the below video will give you a taste of what’s to come. You can also find the full detailed instructions on how to get in in the very same place. As a reminder, The Xbox Series X is going hard on ray tracing, so expect to see this rolled out in the next generation. In other words, the beta is perfectly timed.

To access the Minecraft with RTX beta, follow these instructions if you are not currently on a Minecraft Win 10 Beta.