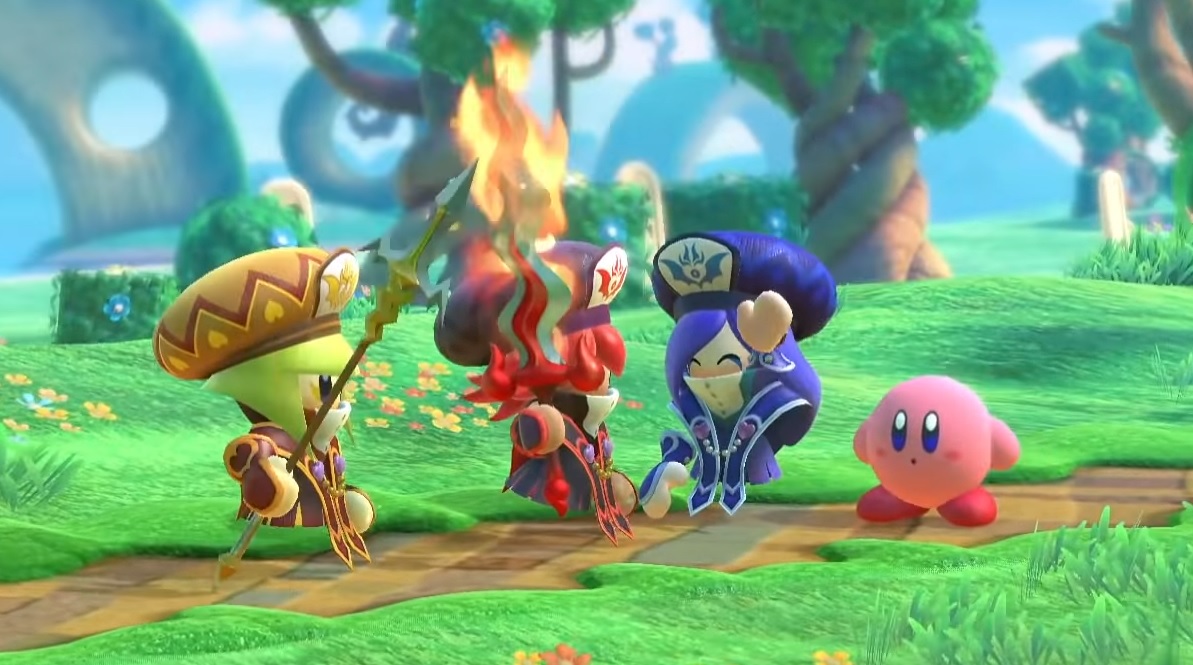 As I’ve said numerous times in the past, this upcoming massive free update for Kirby Star Allies is presumed to be its last. It’s going to be a doozy though as it sports Susie, Taranza, Magolor, and all three Mage-Sisters — the secondary antagonists of the game.

Each sister will appear individually sporting their ice, fire and electric elemental powers, but you can also bring all three along at the same time to support Kirby in a four player game. Their movesets aren’t as off-the-wall as some of the other Dream Friend DLC members, but they look entertaining nonetheless.

If you haven’t bought Kirby Star Allies yet, if you can find a deal I highly recommend picking it up for a cold winter day to play with friends. Hell, it’s worth grabbing at full price. This aforementioned final (?) huge update drops on November 30.