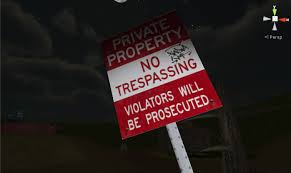 WiiWare was a more interesting place than many will ever know. Though Nintendo’s stringent doctrines made it unfairly tough for some to make a profit on the platform, they also made it very cheap to put together a game and release it on the marketplace. That’s likely why it ended up with games like Muscle March (the endless bodybuilder posing runner) Eco Shooter (the non-stop can-blasting single player on-rails shooter from the developers of Fire Emblem) and Monsteca Corral (where riding a giant space maggot into the sky is the most highly desired win state).

These kinds of games occupy a similar space that films like The Room and The Calamari Wrestler hold in the movie world. I was worried that we wouldn’t see that kind of thing on consoles anymore now that WiiWare is dead. Thankfully, The Letter proves that worry to be unfounded. The game only made $377 of its $5,000 goal on Indiegogo, but that hasn’t stopped it from hitting the Wii U eShop today. It costs $2 and looks like it can be completed in almost as many minutes.

That didn’t prevent me from buying it though. I’m greatly looking forward to sitting my friends down, hyping them up for “the Wii U’s answer to The Stanley Parable, and then seeing the looks on their faces after they experience everything that The Letter has to offer.