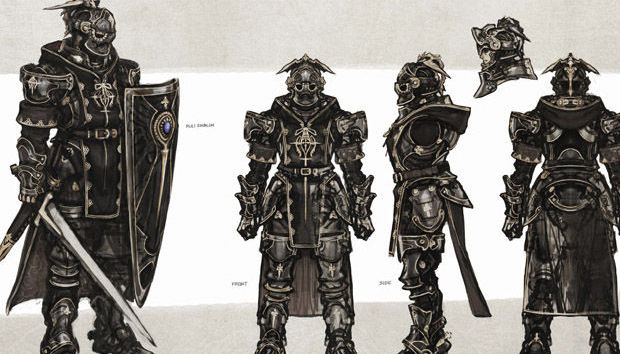 Mistwalker has revealed some fresh details about its exciting upcoming Wii RPG, The Last Story. According to the Lost Odyssey developer, Last Story‘s tale will feature a class divide, revolving around the lives of a group of mercenaries who want to become knights.

In The Last Story, knights are considered the pinnacle of society, loved by citizens as paragons of justice and having no real concern other than mastering their skills. They wield supreme power, and don’t have to work very hard for it. Meanwhile, the mercenaries are stuck doing all the fighting, treated as “disposable units” who wander the land looking for work.

The Last Story‘s main characters “have dreams of becoming knights, but fight on the boundaries of death as mercenaries.” Living as sellwords, they are detested by the common people for their low social status and their constant need to fight. Knights get to pledge allegiance to one lord and enjoy authoritative respect. Mistwalker states that it makes sense for mercs, “who don’t know their own tomorrow,” to want to become knights.

I am really excited for this game. The Last Story is just one of many great looking JRPGs hitting the Wii this year. This definitely has potential to be a winner, and I have nothing but mad love for Mistwalker.