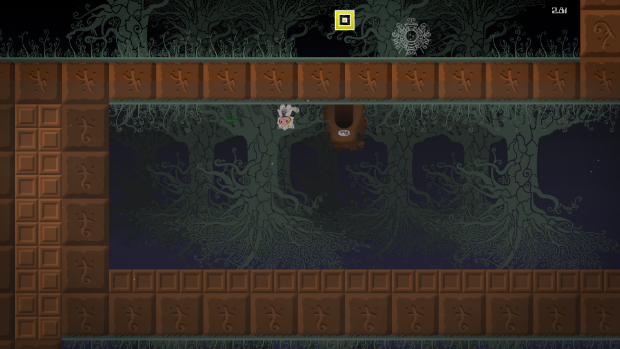 If you have ever been playing the spirit-breakingly difficult platformer Super Meat Boy, and thought to yourself, “You know what this game needs? A gravity switching mechanic,” then The Land of Eyas might be just what you have been waiting for.

Though it does not allow switching gravity at any time a la VVVVVV, The Land of Eyas does look more akin to that action platformer than the slower puzzle platformers that play with gravity, like The Adventures of Shuggy or Constant C. The central concept in Eyas is that every stage has an interface between air and water, but when the cat cosplayer of a protagonist is submerged, he acts just as he would in air, except that gravity is reversed in that area.

The Land of Eyas is awaiting approval on Steam Greenlight, and recently launched a Kickstarter campaign, with a modest $10,000 funding goal.