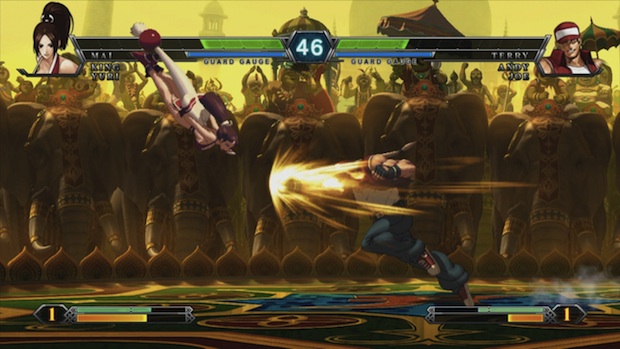 The King of Fighters XIII has been confirmed for an October release here in North America. To celebrate, Atlus has sent along a new trailer and a batch of screenshots to share with you.

In this new trailer you’ll get a peek at some of the new characters of KOF XIII. It goes quick but you’ll also get a look at some of the moves, including the NEO MAX supers.

Atlus also confirms that the North American version will have the console-exclusive content that the Japanese version does. Billy Kane is one of the new characters only found in the home console version. KOF XIII also features more stages and game modes not found in the original arcade release. We’re told to expect more details on these soon.