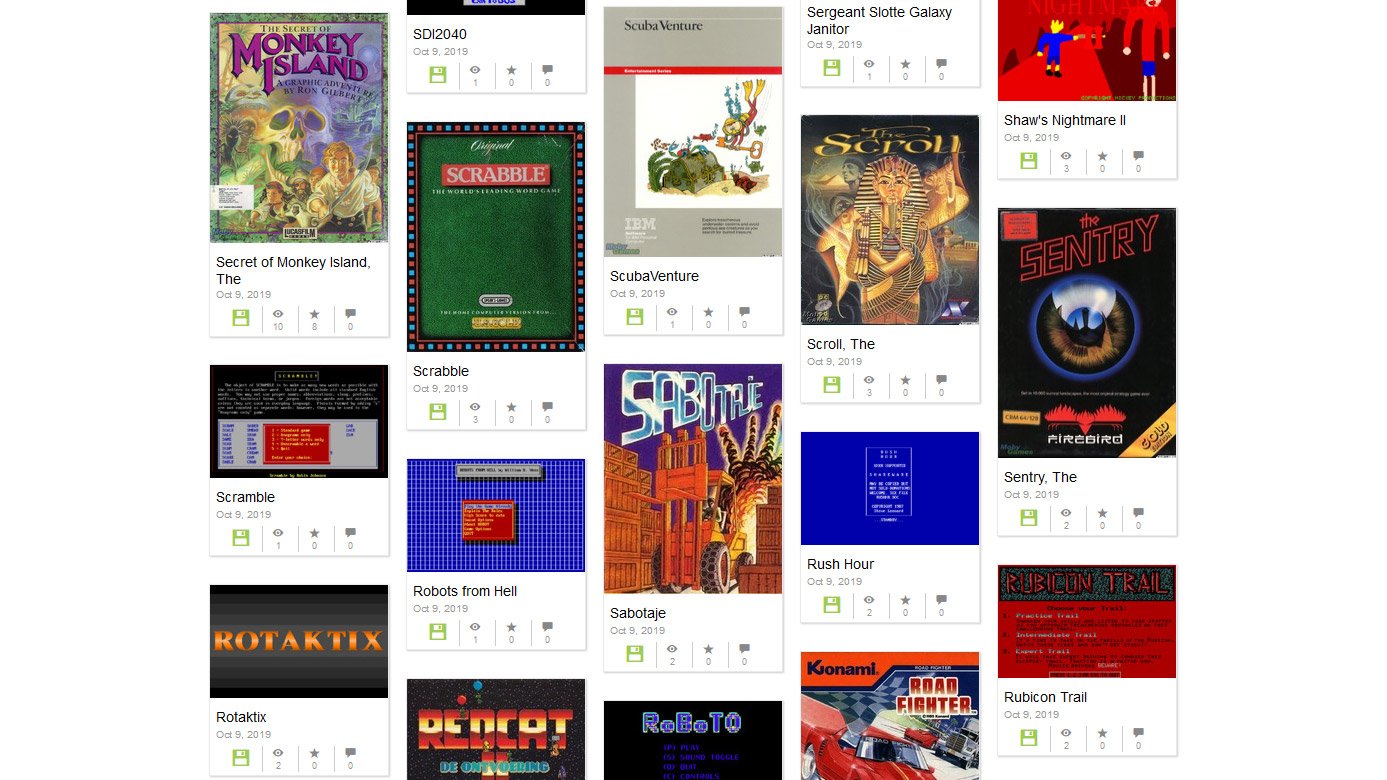 Playable for free in your browser

The next time you’re looking for a semi-mindless distraction on your computer, consider checking out the Internet Archive’s now-even-more-massive collection of cool, weird, and sometimes gross MS-DOS games. The preservation website recently added 2,500 games to its already impressive roster.

This batch of titles was made possible in large part by eXoDOS, according to archivist Jason Scott.

“What makes the collection more than just a pile of old, now-playable games, is how it has to take head-on the problems of software preservation and history,” he explained. “Having an old executable and a scanned copy of the manual represents only the first few steps. DOS has remained consistent in some ways over the last (nearly) 40 years, but a lot has changed under the hood and programs were sometimes only written to work on very specific hardware and a very specific setup. They were released, sold some amount of copies, and then disappeared off the shelves, if not everyone’s memories. It is all these extra steps, under the hood, of acquisition and configuration, that represents the hardest work by the eXoDOS project, and I recognize that long-time and Herculean effort.”

Scott is careful to note that “not all games are enjoyable to play,” but really, that’s part of the fun. Once the novelty wears off, you can return to classics like The Oregon Trail, Prince of Persia, and SimCity.

As before, you can play this stuff for free right inside your web browser via the Internet Archive.

My first order of business is Super Munchers: The Challenge Continues, a game I forgot existed until right this second. Its predecessors were classic computer-lab fodder way back when. I love me some MECC.