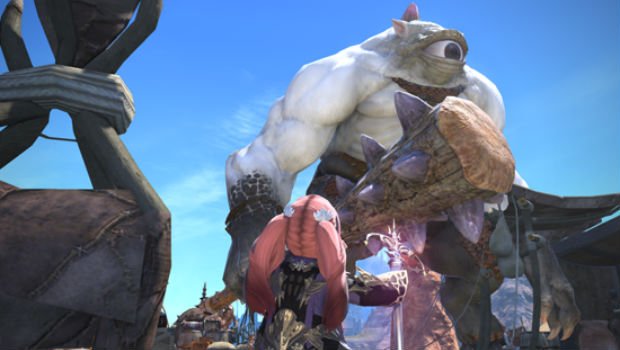 One of the biggest additions to the upcoming patch 2.3 for Final Fantasy XIV: A Realm Reborn are the Hunts. While we didn’t really know much about them before, a new producer stream has shed some light on a few details, and it feels a lot like Monster Hunter — which is a good thing.

Using the bounty board at your Grand Company location, you’ll start quests that involve regular and elite marks — monsters that are tougher than the average bear and are found on the world map. These enemies can appear anywhere, and they will never be in the exact same spot. You’ll also find NPCs throughout the wild that may give you hints on your prey, like where to find them or how to kill them. Your reward is a special kind of seal currency, which currently has no weekly limit to how much you can acquire.

Elite marks are going to obviously be a bigger deal, and will be on par with Odin and Behemoth — giant creatures that will require tons of players to defeat.