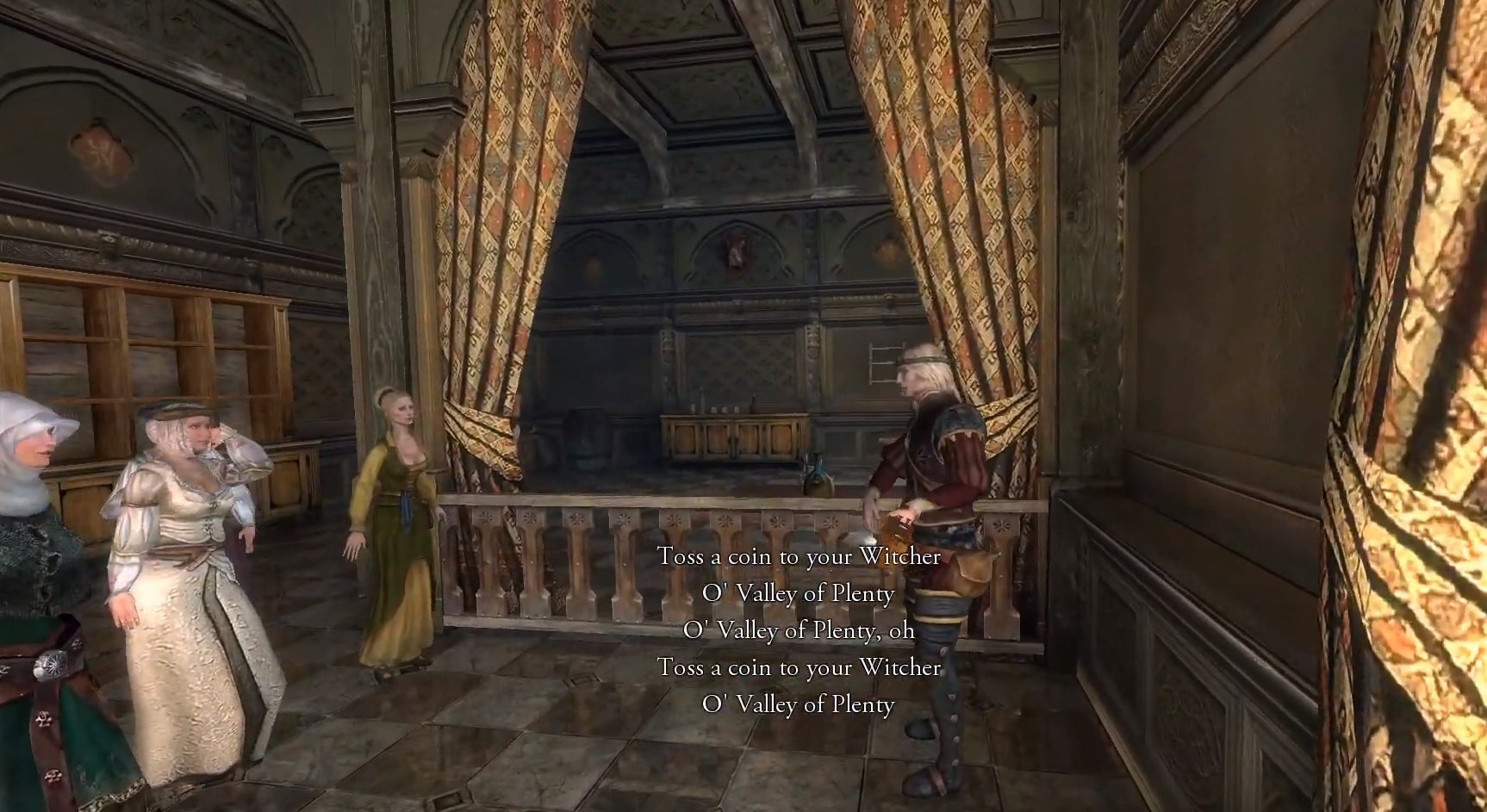 Mods make the world go ’round.

That’s especially the case for mods pertaining to super old games, like the 2007 original Witcher, which is still living solely on the PC platform. It might be unwieldy for some, especially after Witcher III, but I actually prefer it to the second entry, and it does a wonderful job of setting up this weird and wild world that author Andrzej Sapkowski created nearly 30 years ago.

It’s also rather fitting that the first game to feature Dandelion (Jaskier) would get a mod for the famous “Toss a Coin to your Witcher” song that was created for the Netflix series. Crafted by hub997, the mod adds in a cutscene featuring the song, with voicework intact. The creator is also “planning a second cutscene with another song” from the TV show, as well as a cutscene for The Witcher 2 (although the latter “may take a long time”).

Toss a Coin to your Witcher cutscene mod [Nexus Mods]