Forget the tension of the “real” Olympics; we have our own dramatic competition going on right here with the Great Retro Olympics! During last week’s Opening ceremony quiz, heavy favorite welkstar emerged with only a silver medal, while HarassmentPanda seemingly came out of nowhere to earn a gold. Who knows what could happen in today’s challenge?! Audiences around the world can’t wait to find out!

Today’s event is the Decathlon. And just like the physical version — with its exhausting dashes, hurdles, and long jumps — this quiz deals with running and jumping in retro videogames. Do you know your double jumps from your wall jumps?

Just leave your answers in the comments and check my community blog tomorrow (8/13) for the results. And make sure to check back over the next two weeks for the remaining events. The epic competition is just getting started!

Lace up those mental running shoes and … good luck!

1. What item does Scrooge McDuck use as a pogo stick to jump higher in DuckTales?

2. Jerry wants to win the High Jump event in the Olympics. What item from The Legend of Zelda: Link’s Awakening could help him accomplish that lofty goal?

3. What famous term did Sega coin to explain why Sonic the Hedgehog could run so fast?
a. Hyper Mode
b. Mode 7
c. Blast Processing
d. Super FX

Match the challenging jump with the NES game it is from? 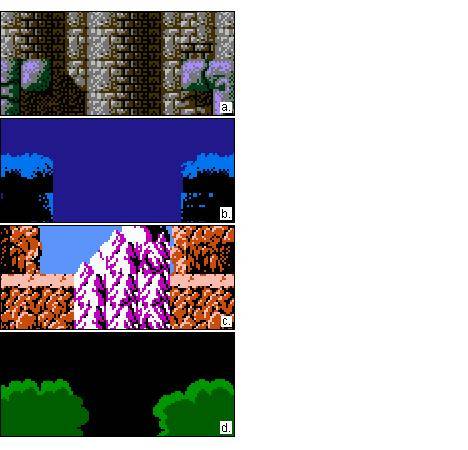 8. There was a disaster at the zoo! Thinking he was still in his Atari videogame, Pitfall Harry tried to jump on the head of one of the animals and was eaten alive! What kind of animal was it?

9. True of False: You can jump in Burgertime.
a. True
b. False

10. Place Mario in the correct position so that when he jumps straight up he will discover a hidden beanstalk. 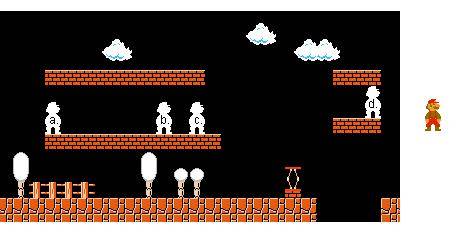 11. If Jumping Flash was a real animal (not a robot), what would its favorite food be?

12. Name the character! “I am fast like Sonic, but horribly annoying. Instead of golden rings, I collect balls of yarn. Oh, did I also mention I was horribly annoying?”
a. Whiskers
b. Izzy
c. Bubsy
d. Aero

13. From where he is standing, which of the green blocks can Mike Jones not successfully jump to?

What kind of jump can you perform in the following games?

18. RUN! How much time does Samus have to escape the Ceres Space Colony at the beginning of Super Metroid?
a. 30 seconds
b. 1 minute
c. 3 minutes
d. 5 minutes

19. What button — when held in conjunction with the jump button — makes Mario perform a high back flip jump in Super Mario 64? 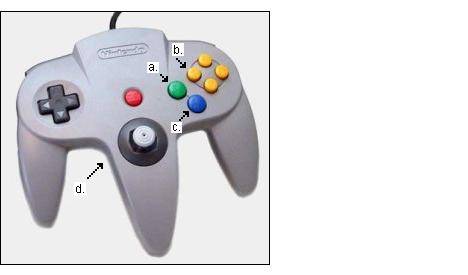 20. The boots that allow Link to run faster in The Legend of Zelda: A Link to the Past are named after what mythical creature?