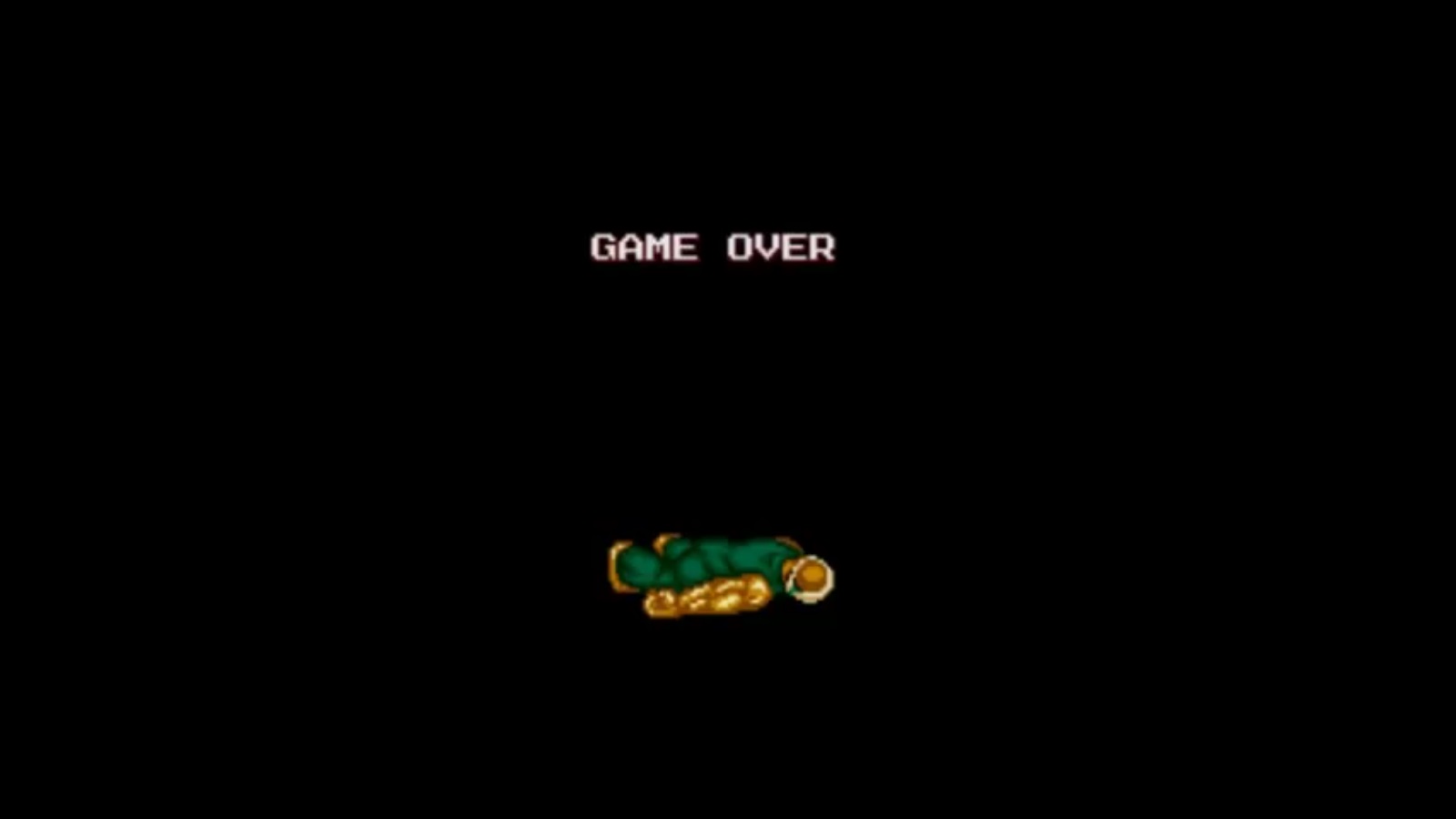 [Video games are a tool through which criminal organizations corrupt our youths and destroy the Good American Values we try to instill. Luckily, totally-real government agent Vadicta is here to pass judgment on some of the worst offenders in the medium. The government knows what’s best for us, after all. Get your work on the front page by writing about some spooky gaming stuff you dig. We’re on a mission to make this October the spookiest yet – so get out there and write a blog! – Wes]

All games are made for children, and most are invented by Satanic evildoers hellbent on the corruption and destruction of our youth. That’s why the government is here to decide what is appropriate for your child and what will turn him or her into a devil dick riding biker terrorist. All reviews are the honest and unblemished truth. PARENTS BEWARE.

Splatterhouse 2 is a disgusting game made by motherless serial killers with a vendetta against your children. Any little Timmy or Tina can walk straight into the local Five and Dime and purchase a copy of this trash from poor Mr. Grubbles who knows nothing about video games, because he’s an illiterate drunk who can’t be trusted with more than a shop’s register. Thankfully, the government is here to convince you to slap your children into never purchasing this demonic filth. Now, let us explain to you why you should burn anyone at the stake who has touched this game on suspicion of witchcraft.

So, players control this horrible killer-type who then proceeds to jump, punch, and kick his way through this world. He has no other skills or traits. There’s no button to help an old woman, no button to perform arithmatic, no button to call his mother “just to check in.” Only punching, kicking, and killing. And the world that he wanders through is a gore-soaked wasteland of decomposing corpses and hungry monsters. Yet, he strolls through like little Eric Tillsburry on a trip to pick up a carton of Cool Breeze smokes for his old man. This teaches the young and impressionable to chase violence, to seek it out, to find murder dens and abortion alleyways and explore them, adventure through them with only fists as protection. Occasionally, the character will pick up a weapon to defend himself, but whenever walking into a new room, he simply drops it and struts through. This teaches our children to keep no protection, to only use swagger as a defense. It is working to override their self-preservation instincts. Do you want your children to die horrible, pointless deaths? For the love of all that’s holy, please do not pick up this game.

And it gets worse, dear readers. This should come as no surprise, since when one does begin digging his way to hell, the ground will eventually give way and leave him plummeting into the flames to burn for all eternity. This game, wrought in pure hellfire by metal-head maniacs, is no exception with its so-called boss fights. In one, the character wanders into a shed area where red baby fetuses lower from the ceiling on ropes. The character must beat up a chainsaw to make it submit to his will and then hoist it up to murder all of these infants. What does this teach your young? That it’s all right to go into Daddy’s shed, damage his tools and destroy all his fetus sausages still hanging to dry? Destruction of property is the name of the game here, we’re afraid.

This game paints a home invader as a hero. It glorifies breaking and entering, stealing and destroying. Why else would this man need to mask his face? Eventually, the character reaches the home owner, a sickly old doctor who tries his best to run away and chucks his priceless experiments at the beast to stave this single-minded murder machine from reaching him. But it is all to no avail, as this “hero” saunters to the poor old man, the homeowner, and delivers one punch to the face with such fury that the old man’s head pops and splatters across the wall in but a single blow. What a sickening savior the degenerates of the game industry have invented.

And even after killing the homeowner, this character must further desecrate the building by moving to the basement and performing a satanic ritual on the floor. And up comes his hellspawned bride, beautiful and tempting to any young boy looking upon her. She screams, “Help me!” in a voice that sounds not unlike a cat in heat, which has a two-pronged effect. First, it entices the young boys on a subliminal level, convincing them that the only way to get a girlfriend isn’t to invite little Becky Parker to the ice cream social but to slit their palms and pray at the dark altar of unholy perversion, signing their name in one of their dad’s sticky old skin magazines and setting it aflame with the hopes that the model within will come to life and jettison them through worlds of sexual exploration and lust. They’ll never put on their pants again. They’ll be naked and begging for sexual favors in the streets and no longer stand to the height of good American boys with three jock straps attached under their chastity belts.

After murdering a beast that drags the girl back down with a thousand hands and injects the reefer gas into her veins off screen in Hell, the character escapes with his tainted bride, as the house he destroyed crumbles around him, ruining the property value for all other residents in the area.

He runs through the woods, fighting dogs, monsters, and a floating object that fires angry faces at him. And through all this drug-fueled imagery, we can’t help but wonder that maybe, since his mask is so tight and with those limiting eyeholes and no doubt an opium cocktail running through this veins, the monsters he visualizes aren’t in actuality police officers and their trusty hounds fighting to bring this man to justice, this horror show who beats and kills all with his fists and bare feet. He is a Kung Fu killer that only an Axis-powered video game corporation such as Namco could produce.

At the game’s finish, the pair watch the house this maniac ruined sink into the lake, then drift off screen to have unprotected sex on a bed of used needles. The credits roll, and at the finish, the developers have the audacity to congratulate the player. Congratulations on ruining your chances of ever entering an Ivy League school. Congratulations on trading in a career and wife for a prison jumpsuit and daily sexual shower assaults. Congratulations on allowing the youth to be ripped out of you and fed to the video devils that rampage through our country. Congratulations on killing your soul before it ever had a chance to live.

This game is a disgusting torrent of obscenity and gore that should be avoided at all costs.

Punishment if You Catch Your Child Playing This: Three good whips with the old man’s belt, a night without dinner, and, for breakfast, the child has to eat the video game cartridge in front of you and bring his or her fecal matter in a paper bag to a local government office for proper disposal.