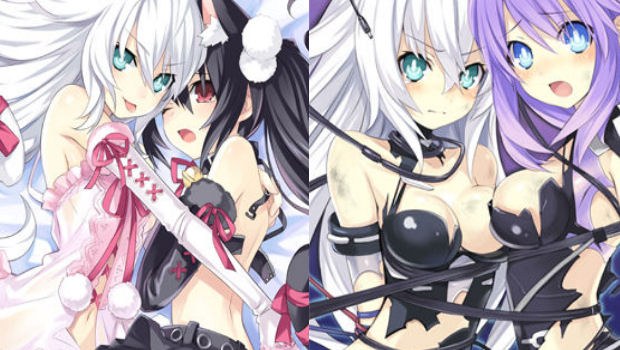 In case you haven’t heard of Neptune already, here’s a quick rundown: It’s a PS3 roleplaying game from Compile Heart in which transforming girls represent real-life videogame consoles in an oh-so-sly parody of the videogame industry. I’m sure it’s clever and satirical and all that, but none of it matters right now because there are drawings of girls doing implied lesbian things.

These images come from a set of telephone cards that are being given away as preorder bonuses in Japan. They feature the various console-flavored heroines getting better acquainted each other, which should please fans of little girls who look ashamed of themselves.

There’s still no word of a Western release for Neptune, but I hope it arrives Stateside. I just want to see what this silly thing is like.