I haven’t really followed news on The Voxel Agents’ upcoming The Gardens Between. My only real knowledge came from Sony’s Paris Games Week event last October, so I wasn’t sure exactly what changed or how the game was coming along. All I knew was that it was a puzzle game with pretty graphics and it was supposedly employing a simple interface to get its message across.

While a lot of that still describes the game to a tee, the amount of depth present in the puzzles with such limited input is impressive. This is essentially a game where you’ll press left or right and X at certain intervals to manipulate a diorama-like world to progress, but that description sells the game short. You can’t just hold right and reach the conclusion; you’ll actually need to view these little puzzle boxes as a 3D space to get through the challenges. 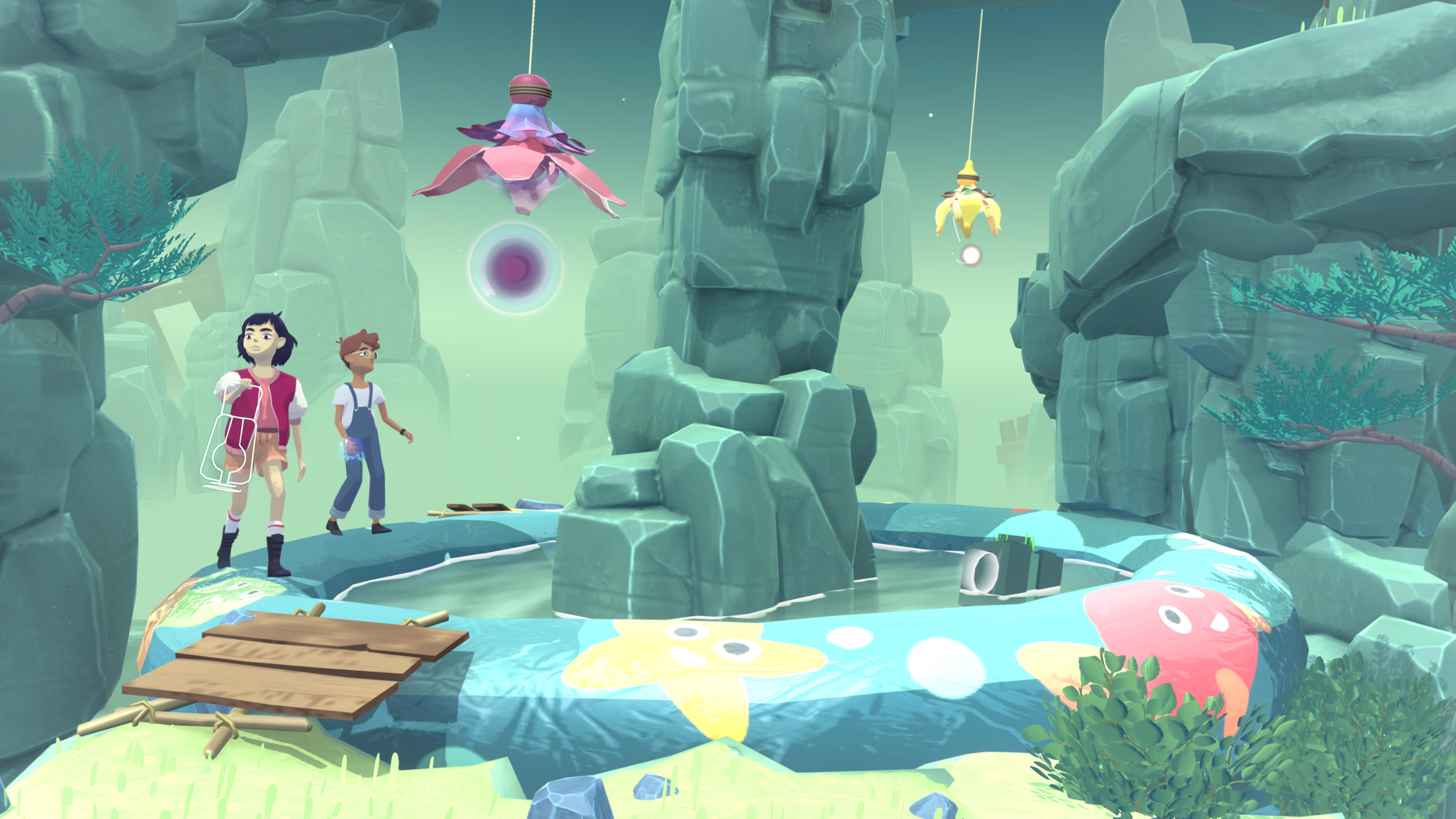 The main demo for PAX took place on a few of the earlier puzzles just to get the general idea across. Here, you’ll take control of two characters (best friends Arina and Frendt) that each serve a different purpose. One holds a lantern that activates certain switches while the other interacts with key items in the environment. Through this, you’ll press right to move forward or left to rewind time and try to figure out how to get this lantern to the end without losing your light or screwing up the game world.

The toughest challenge in the PAX demo was figuring out that you can actually pause time to rewind a VCR which then ejects a tape to create a bridge. That level of creativity is certainly neat, but it feels like a warm-up for a greater challenge, which was really not present in the limited demo that most people played. I got a bit lucky, though.

Since Boston is the city of evil, I was ridiculously late on Sunday morning getting to the convention center. Because of this, I missed my earlier appointment to see The Gardens Between and had to reschedule for later in the afternoon. When I returned, all of the booths were filled with people exploring the game, so I got to take a look at the developer build on director Matt Clark’s own MacBook. 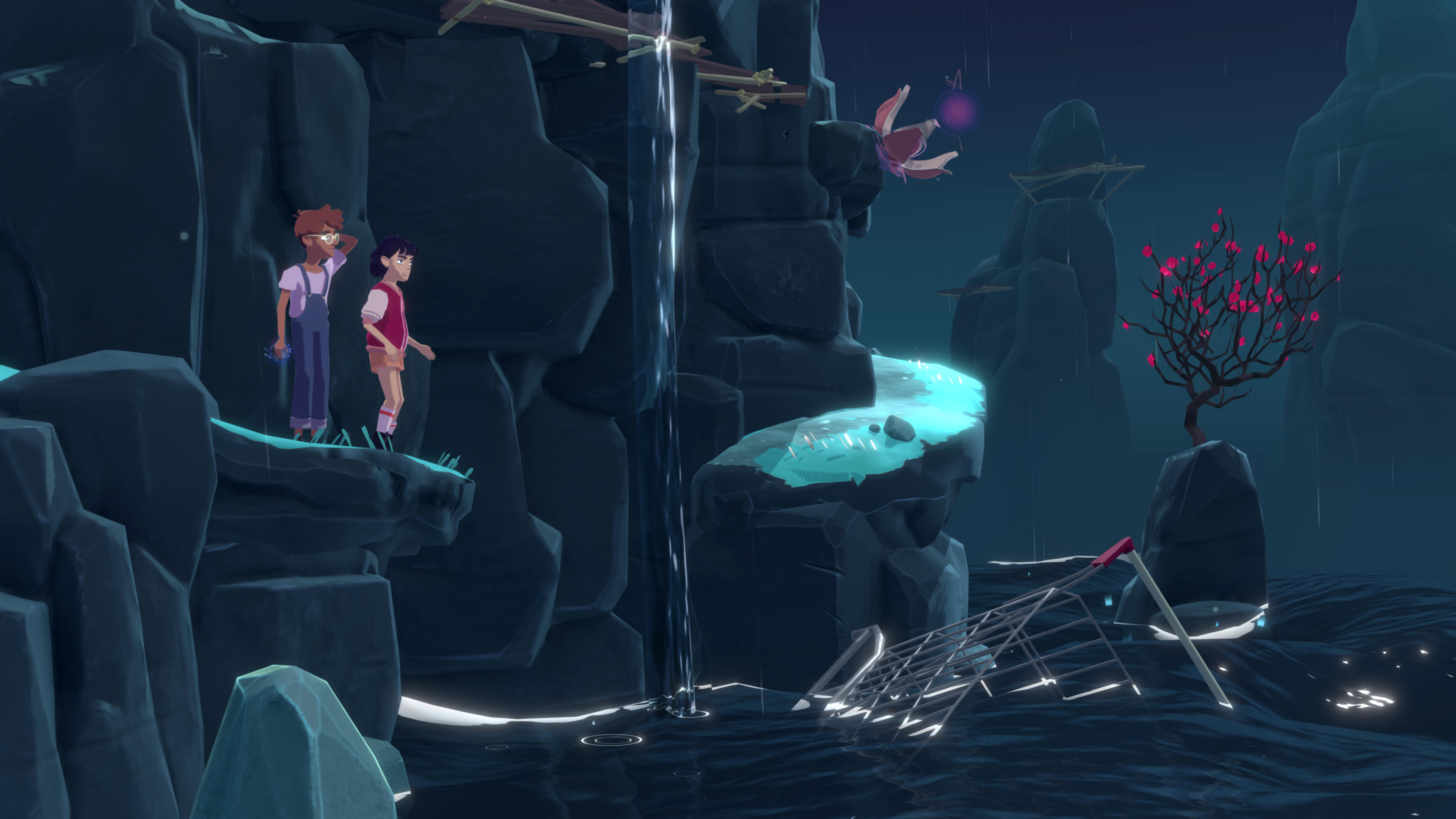 With this, I was given a taste of some of the harder puzzles that the game will eventually build up to. The final level he had ready was where everything clicked for me. In addition to things like manipulating time by rewinding and going forward in rapid succession to make a saw cut wood, there is also the element of your lantern disabling fog bridges and obstructing your path.

You can also drop your lantern into these weird-looking cube guys and they’ll bounce around the arena as you move forward or backward. Since your lantern loses light by touching purple orbs, you also have to be cognizant of where those cube guys are jumping and whether their paths will cross with purple orbs. To say the variables you’ll need to be aware of can get a little hectic is an understatement, because that final puzzle took me a good 10 minutes of tinkering with before I landed on the solution.

That is quite remarkable for a game that utilizes three buttons and has no time limit. This is a very relaxed journey, something Matt said was aiming to be, “more like Journey and less like The Witness.” That doesn’t mean the puzzles won’t get involved, because they certainly have a steady difficulty curve.

Along with just general mind-boggling goodness, the presentation of The Gardens Between is fantastic. Matt’s MacBook couldn’t run it well, but this is a game with smooth animations, an obscene attention to detail, and a beautiful soundtrack. That very final demo puzzle never became a slog because I got sucked in by the song playing in the background. It had a dreamlike atmosphere that made me want to keep going further.

Even just ignoring the sound design, the world itself is quite a treat. This is a title that has very little to do with reality, so you’ll see things like oversized TVs that then incorporate themselves into the puzzle with a quiet nod to Super Mario. You’ll be walking on cassette tapes and skirting along the side of a giant inflatable pool before jumping across oversized buckets. Since it’s a story about the friendship between the two characters, I’m going to assume these backgrounds are significant to powerful moments in their lives.

The Gardens Between managed to suck me in and leave me begging for more. Sure, the game is simple, but deceptively so. There is a lot more going on than meets the eye and the inviting visuals and sound design are sure to make way for a real memorable experience for a lot of people.

Filed under... #demos#Impressions#Linux#Mac#PAX#The Gardens Between