As we human beings scamper vainly ahead of the spike-wheeled wagon known as progress, watching our compatriots rendered to some form of goo beneath its vicious rims, we sometimes look back. You know, to see if anyone dropped any nice loot. Someone might have had a jetpack, and not have known how to turn it on. I don’t know, I’m not a doctor.

Occasionally, we look back for nostalgia’s sake, even when we’ve been told to look at the future stop looking at the past STOP LOOKING AT THE PAST. Unfortunately, as we trek into the teens, it seems game developers are doing just that: looking forward and seeing the staples of the 90’s instead of bold, new, substantial ideas.

It seems game developers in the teens seem more fascinated by remaking old ideas, be them good or bad, instead of pursuing new avenues of discourse. 2010 has already seen a “remake” of a seminal Castlevania game, to build off the momentum of last year’s Mega Man and Contra revivals. There will be another Mega Man sequel in 8-bit style. There will be countless more remakes of old games, like NBA Jam, games no one has ever really wanted remade. And new retro games, like Dark Void: Not Graphically Intensive Edition, are being made because apparently gamers want regressive jump-shootathons.

But it’s not just major studios doing this. Oh, we would be nonplussed if Capcom, if EA, if Activision were the only ones doing it, but we would accept it. But, alas, no. Adventure game developers seem content to pump out five thousand different skins of the same game, where you pixel hunt for items and then combine them in weird fashions; innovation is when you have a limited inventory to deal with, or you are given multiple paths through situations. Platformers seem to be stuck in emulating games like I Want to Be the Guy that provide ludicrously difficult challenges. While certainly, there are innovative games, there is far too much of the same. 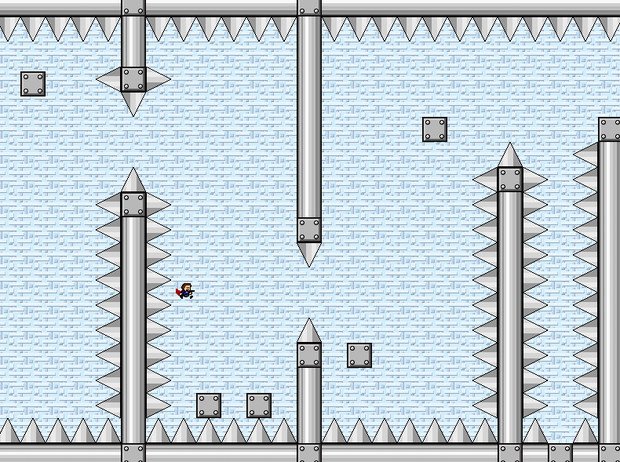 I mean, sure, I don’t mind sequels to good games (I’m as excited about BioShock 2 as…well, probably one in five people who are quite skeptical, but that isn’t because it’s a sequel!), but I opened Destructoid yesterday and found that there will be a Killzone 2, a Resistance 3, an inFamous 2. Were any of these games so spectacular that they deserved immediate, stay the course sequels? This is not a dig on Sony, no, there are the same number on the 360, I’m sure (they just aren’t as fresh in my mind). This sort of milking franchises is very much a modern thing. Look back to the Super Nintendo generation: franchises as “successful” as Resistance and inFamous weren’t given the sequel treatment. No, they were taken out behind the chemical sheds and summarily put down, so fans could demand a mediocre sequel 10 years later (see: Commando, Bionic).

Not all of this retro-love is bad, of course. The Bit.Trip.Etc series has proven to be a wonderful combination of old game love and new game mechanics, combining inventive ideas with retro sights and sounds. Some number of V’s (VVVVVVV) combines completely, utterly retro graphics with a game mechanic that has rarely been the central focus of a game’s design. 3D Dot Heroes looks to do much the same thing (yes, surprisingly, I don’t despise Dot Heroes, possibly because I feel like we’re all in on the joke. Irony makes the heart grow fonder). And, of course, we have a game that I would assert helped significantly to spark this movement, Braid, which is itself a study in “new” ideas in game design coupled with a fairly retro aesthetic (wouldn’t you know it, developers took the retro parts whole hog, and not the many other innovative ideas. Who would have thought?). Additionally, two of my most anticipated releases, Fez and The Adventures of P.B. Winterbottom, both cop a lot of retro elements in their presentation.

Moving into the future, it’s evident we’re looking squarely at the past. And while this is not inherently a bad thing (heck, most of the games I’ve cracked wise about are enjoyable), there’s a certain level of stagnation of thought and idea. While this may certainly be evident in all these examples, there’s one that stands a little bit above the rest: the return of 3D. Apparently, someone saw the Wii’s successful use of motion controls, and thought they had to come up with their own “original” idea. 3D died out in the 1990’s for a very good, very logical reason: it’s stupid. It makes most people feel tremendously ill, it has no practical applications besides providing the appearance of depth (which is interesting technically, but I’m hard pressed to come up with many cool video game applications), and it’s cost prohibitive for its minimal effect. And yet, someone in a suit has decided this is what the people really, desperately want, despite the gangs of people outside of his office with guns and knives, who are waving banners about how much they hate 3D and how they’ve kidnapped his wife and children and placed a bomb under his desk.

Naturally, 3D is different from retro games. People want retro games, though I’d wager not quite as much as they want new, exciting content. Publishers love retro games, because they can bang them out quickly and they usually make a profit, which is no doubt what the video game industry is about. They love sequels, because they’re comparatively easy to develop compared to new titles and they usually sell better than their predecessors. They don’t like new games, unless they’re trying to rehabilitate their public image (and even then, their new games are probably exploitative properties based off of classic literature and stealing whole hog from years old franchises about gods in war). They’re afraid of new games, because people don’t buy new games.

If I have a point (and I probably have too many of them), it’s this: support new, innovative games. There’s no other way to tell companies to keep making them besides with pure profits (petitions, as starmen.net saw, do very, very little). Sure, you’ll get burned occasionally by games with more potential than playability, but you’ll be shouting to the world, “Hey! I want more new ideas!” And the videogame gods will no doubt hear you.