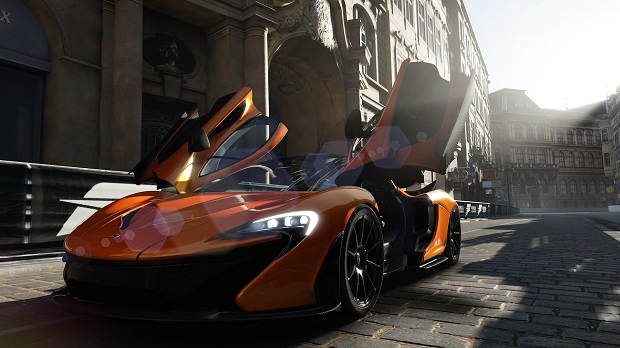 It’s usually not particularly surprising when a major release announces that it’s sashaying to market with a season pass in tow. I mean, we live in a time where the game you bought isn’t the game you get, as former EA CEO John Riccitiello infamously said. However, the Forza Motorsport team chose a pretty terrible tone to reveal Forza 5‘s.

The FM series is no stranger to downloadable content, as a post on the game’s website proudly declares. Stating that the franchise and DLC “go back a long way” and that “Forza Motorsport and add-on content have become virtually synonymous”, it boasts that each title has made several car packs available, with Forza 4 featuring 12 separate add-ons. Forza 5 won’t be any different.

With the Forza 5 Car Pass, Turn 10 is promising 60 downloadable cars right off the bat. Over the course of six months, six different packs will release with ten vehicles each. The price of the Car Pass hasn’t been revealed yet, but Forza 4‘s pass featured 60 cars for $30, so there’s a fair chance this will be the same. Regardless of price, there’s a time-honored tradition to carry on, and Microsoft would have you believe that that’s priceless.