I walked through the graveyard at a brisk pace. The nightly mist shrouded the tombstones that I examined, searching for the grave of an old friend. After hours of searching the immense field, I came across a small, square rock. It was bare, while other stones were adorned with blooming flowers and bright pebbles. I solemnly stepped over to the grave, bending down to examine the name.

I took my gift out of my coat-pocket, a Wavebird wireless controller. Placing it on the cubic stone, I breathed a sigh of weary relief. I took out another gray piece and plugged it into a small round hole. Turning around to go home, I took a few steps, when a ghastly voice came from behind.

“Where are you going?”

I did an about-face and my eyes widened as I stared at the corporeal manifestation of polgygons that was The Ghost of Cubivore.

Ghost of Cubivore: “You forgot me. One might say I have joined the realm of The Forgotten.”

Trebz: “No, I did not. Look, I brought you a controller.”

Ghost of Cubivore: “And yet you walk away. Tell me, boy. If you have not forgotten me, what have you remembered about me?”

Trebz: “That’s easy enough to answer. You were a game developed by the now-defunct company Saru Brunei, who was only responsible for one game. When you were announced in 2000, you were scheduled for release on the Nintendo 64 Disk Drive, but were then ported to the Gamecube after the N64DD failed miserably. In North America, you were published by Atlus, a publisher famous for niche titles with short shelf-lives. It made complete sense that you wouldn’t do very well out here.” 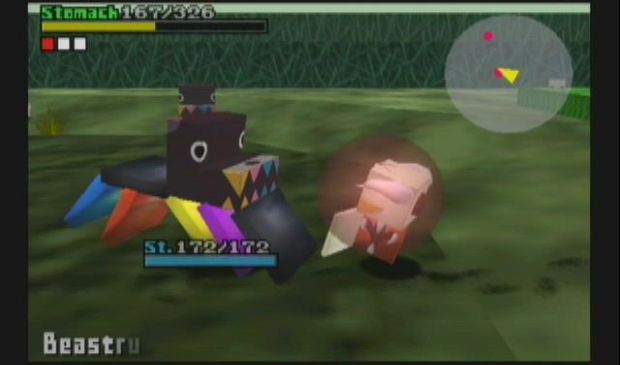 Ghost of Cubivore: “And, yet you found me.”

Trebz: “That is true. I actually found you a couple years ago, brand new in a game shop I can’t even remember the name of. I think you were the only purchase I made there. For twenty dollars, I’d say it was worth it.”

Ghost of Cubivore: “How so?”

Trebz:”Well, you were a very charming game. Your graphics were god-awful, but saved miraculously by the art style. You, Cubivore, were a game about boxes eating each other in bloody, gruesome ways and then evolving. The player would start as a baby cube and grow new limbs by ripping them off of other species. Different combined patterns meant different ways of moving and different attributes. The overall story was that the Killer Cubivore, a deadly boss of all the evil animals, resided at the top of the food chain by eating the Wilderness (color) of the land alongside his companions, the minibosses. The player was given the mission to bring nature to the land by eating pellets that somehow made the maps greener, and large chunks of the map were cut off until they were made green again. At the end of each level was a miniboss with more limbs than the player. Once defeated, the player would be given a new limb. Anyway, imagine that all of this made of flat, horridly-textured, 3D boxes that made the game look like a tech-demo for the Super FX chip.”

Trebz: “Barely. But that doesn’t mean you didn’t have style. In fact, the terrible technical skill was covered up by the game’s humor and the fact that the game was supposed to be cubey. Massive amounts of cubic blood ran from the wounds of every animal eaten and the main character’s inner monologues all revolved around his massive hunger. Oh, and the mating process after each level that allowed the main character to give birth to another generation involves a ginormous female cubivore eating the male alive. Also, you can take a crap whenever you want to to get rid of any colors you don’t want.” 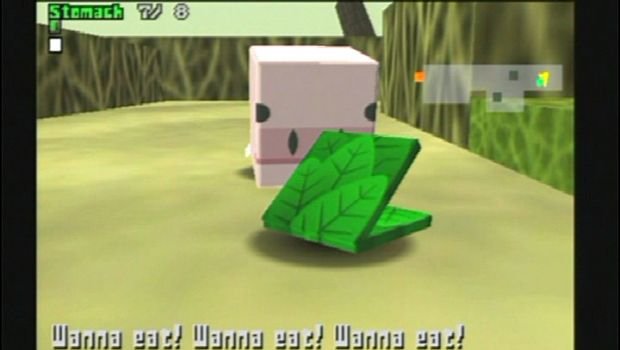 Ghost of Cubivore: “You sound like you must have really enjoyed me.”

Trebz: “Well, yes. For a while, I loved you. But around the end, things started becoming a bit stale. It was just more going around and eating and listening to crap BGM. The bosses all relied on eating a couple limbs, jumping out of the fight, then coming back for more. There wasn’t much fun after a while. I lost interest. I forgot you. And then I traded you to Goozex to replace you with something that could hold my attention through to the end.”

“You … you sold me?” the Ghost of Cubivore stammered.

Trebz: “Yeah. I loved you, I really did. It’s just … well … I guess there’s a reason why you weren’t well-known. You’re still just a Nintendo 64 game on a Nintendo GameCube disk. I’d recommend you for the experience but not for the playthrough.”

As I walked away from the grave of Cubivore, my head down in solitude, I knew that I would never again play Cubivore, and although I loved his style and wit, I didn’t like him for the crude, violent, repetitive slob he really was.