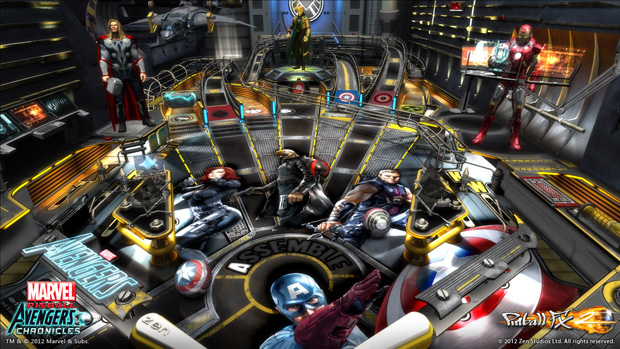 The Avengers are storming the box office this weekend but they’ll soon be bringing the fight to the pinball arena in the new “Avengers Chronicles” pack of tables for Pinball FX2 and Zen Pinball 2. In the above video, we’re treated to the first look at the main event, the table based on the Avengers: Assemble motion picture.

The table features special balls representing each of the members of the superhero team and missions which must be accomplished using them. It also features a bad ass drawing of Samuel L. Jackson as Nick Fury. What can I say? I appreciate the finer things in life.

Actually, I’ve been sucked back into playing Pinball FX2 in recent days and just last night put up a score I’m pretty proud of on the Captain America table, so I can’t wait to get my hands on the new four-pack.