The developers behind Natural Selection II have done 13 maintenance updates ever since launch last October. And in that time, they’ve been working on the first downloadable content for the real-time strategy meets first-person shooter.

The Gorgeous update, as it’s being called due to the fan-favorite Gorge unit, was detailed to me at a recent visit to the indie studio. It’s set to add new units, new weapons, a new map, and buttholes. 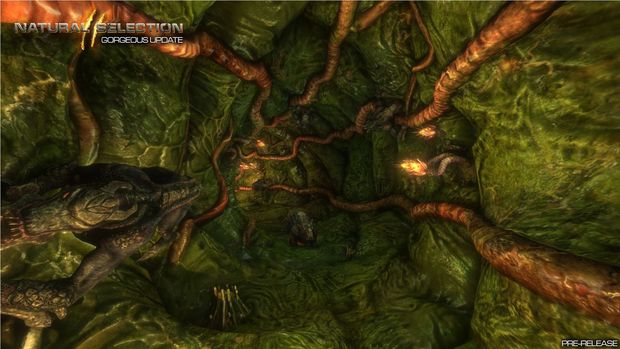 Two of the biggest features with the Gorgeous update are on the Gorge unit itself, hence the name. Its major new ability is that it can create underground tunnels when placed on infested areas. This fan-demanded feature now gives the alien side something akin to the phase gates that the human teams can build and use to teleport around.

You need to put two holes down and once set, any ally and enemy units, even the Onos and mechs, can go through the tunnel at will. Fights can happen in the animated tunnels, and the tunnel will always be the same size in length no matter how far apart you place the entrances. It should also be noted that the tunnel entrance/exists are kind of gross as they look like buttholes and the way you’re entering them is almost suppository-like. Videogames!

The other main new feature for the Gorge is the Babblers ability. Babblers are these little minions that the Gorge can summon and were a feature in the original Natural Selection that have been revived for the DLC. After Babblers are spawned by the Gorge, players can order them around similarly to the Antlions from Half-Life 2. You can have up to nine of the little guys around at a time, and they can either attack players and structures, or you can place them on other aliens as an extra layer of shielding. Sadistic! 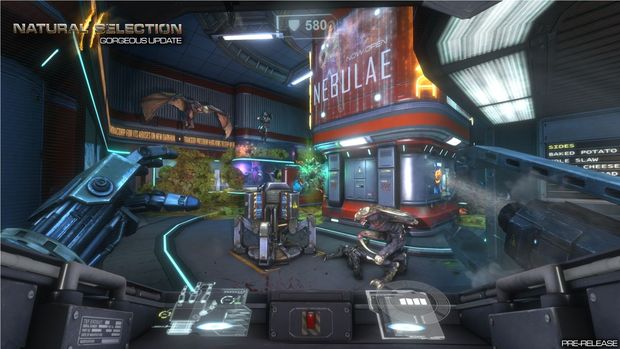 On the human side, the mech unit is getting a new weapon in the form of a rail gun. You can simply shoot off small bolts, and holding the trigger for a charge will obliterate smaller enemies. Like, literally. Unknown Worlds has added a new disintegration effect and you’ll see enemies like the Gorge just explode like a watermelon getting hit with a hammer.

The last major update for the game is the big new map set in space, Descent. It’s the first new map, of the official maps at least, that isn’t set on the same planet as the others. This means that players will now get a map that features new art assets, and lots of other unique new features they haven’t seen before.

While all the other maps are enjoyable, fans felt that they all seemed too similar. Now the seventh map hopefully addresses those complaints. Plus, players can use these new assets to create their own stages with the map editor.

Other features players can expect are SDK improvements, custom tools will be easier to use, changes to existing maps for better balancing, better lighting, and a better modeler. There’s also a better spectator mode in place now that’s been made friendlier and more meaningful to use for eSports casters.

All this new stuff makes for a meaty content update. It was pretty fun messing around with all the new features during my hands-on time. Best of all, this like all the future content additions, will be free for players that already own Natural Selection II. Expect Gorgeous to be out sometime in the next couple of weeks or so.