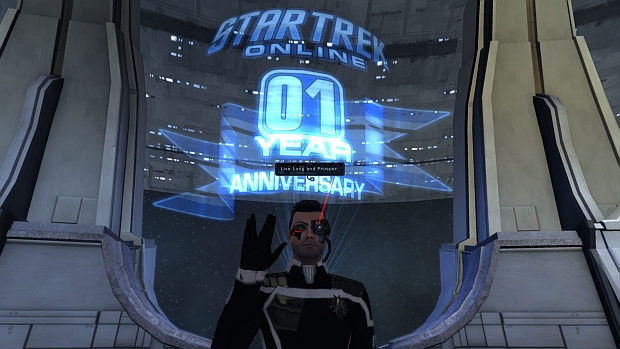 Space: The Final Frontier. The voyages of the MMORPG Star Trek Online are about to head into some new space, as the game is set to board the Free-to-Play starship “by the end of 2011”, said the Chief Financial Officer at Perfect World Entertainment, who recently bought the game’s masters at Cryptic (who also run the now Free-to-Play superhero MMO Champions Online). The reasons cited include increasing the game’s “potential in [the] US market as well as in the China market”.

As a lifetime subscriber, I’m only a little bit resentful about this new move, though I would understand if some other lifers feel less happy. That said, I believe I got my money’s worth. The saga of Captain One of Eleventy and the Federation starship U.S.S. Yoo-Ess-Ess was definitely an enjoyable one.

And if Star Trek Online‘s new business model is anything like Champions Online‘s, I’ll be entitled to a fairly robust suite of benefits, including a monthly stipend of points to use on the microtransactions that will soon become a more vital part of the game’s structure.

Also, I welcome any attempt Perfect World makes to have its games more accessible to the China market, in the hope that trying to play their games from where I’m sitting doesn’t result in lag that can be measured in minutes.