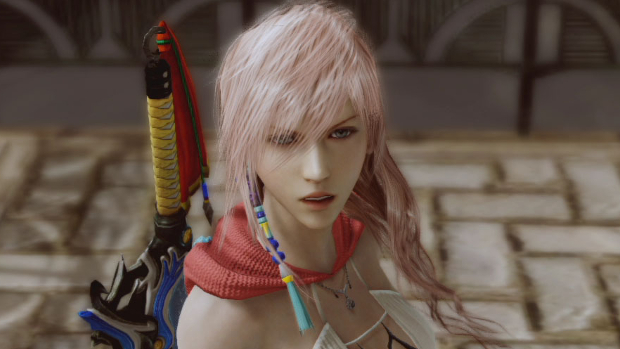 As a guest in future Final Fantasy games

Lightning Returns may cap the Lightning saga, but director Motomu Toriyama told Siliconera that this isn’t the last we’ll see of the “extremely popular character.”

“For Lightning, her story ends here in Lightning Returns: Final Fantasy XIII, as this game is meant as a finale to this series,” Toriyama explains. “But we know that Lightning is an extremely popular character, even when compared to other Final Fantasy characters. So there is a possibility that Lightning would appear in other future Final Fantasy titles, not as a protagonist, but as a guest character.”

Hopefully this means something more akin to Balthier and Cloud in Final Fantasy Tactics than cameos in mainline sequels. Then again, with the amount of fan service in Lightning Returns, who knows. (Admittedly, the Locke outfit looks great on Lightning)

What’s most surprising, though, is Toriyama’s claims that Lightning is excessively popular — apparently more popular than other series favorites. I wonder how Square came to that conclusion.

Anyway, how about a game ten years from now called Lightning Strikes Again?

Lightning’s Story Is Truly Over, But She May Be A Guest In A Future Final Fantasy [Siliconera]