As you’d hope and expect

I thought The Evil Within 2 had a strong first showing at E3. The imagery in the reveal trailer woke me the hell up (remember, Bethesda’s presser was on a Sunday night), and I’m always down for contorted monstrosities in my spooky video games. “I need to keep better tabs on this,” I remember thinking.

In the time since, we’ve seen a lot more of the sequel, whether it was that now-removed leaked footage, a photographer serial killer, and crafting systems. More recently, there was “the gruesome, giggling guardian,” an uncomfortably fleshy, stitched-together pile of bodies with a buzzsaw hand.

I played through this early story sequence at PAX. It was… all right! Too scripted to be even remotely scary, but tense, all the same. The sound and creature design did most of the heavy lifting.

From there, things started to open up and feel less linear and tutorialized.

You’re once again helping Sebastian survive a mind-melded nightmare world, and in the sequence I played, that meant lurking around to try and pick off grotesque monster people one by one, getting inside a safe house for a breather, and scrounging for crafting supplies. The end goal may be to find your daughter, Lily, but as I wandered a hauntingly lit town, I kept getting distracted by far-off cries for attention that I can only assume are side missions. This is where the game began to feel overwhelming and unsafe. I had the freedom to go my own way and, potentially, walk right into something horrible. 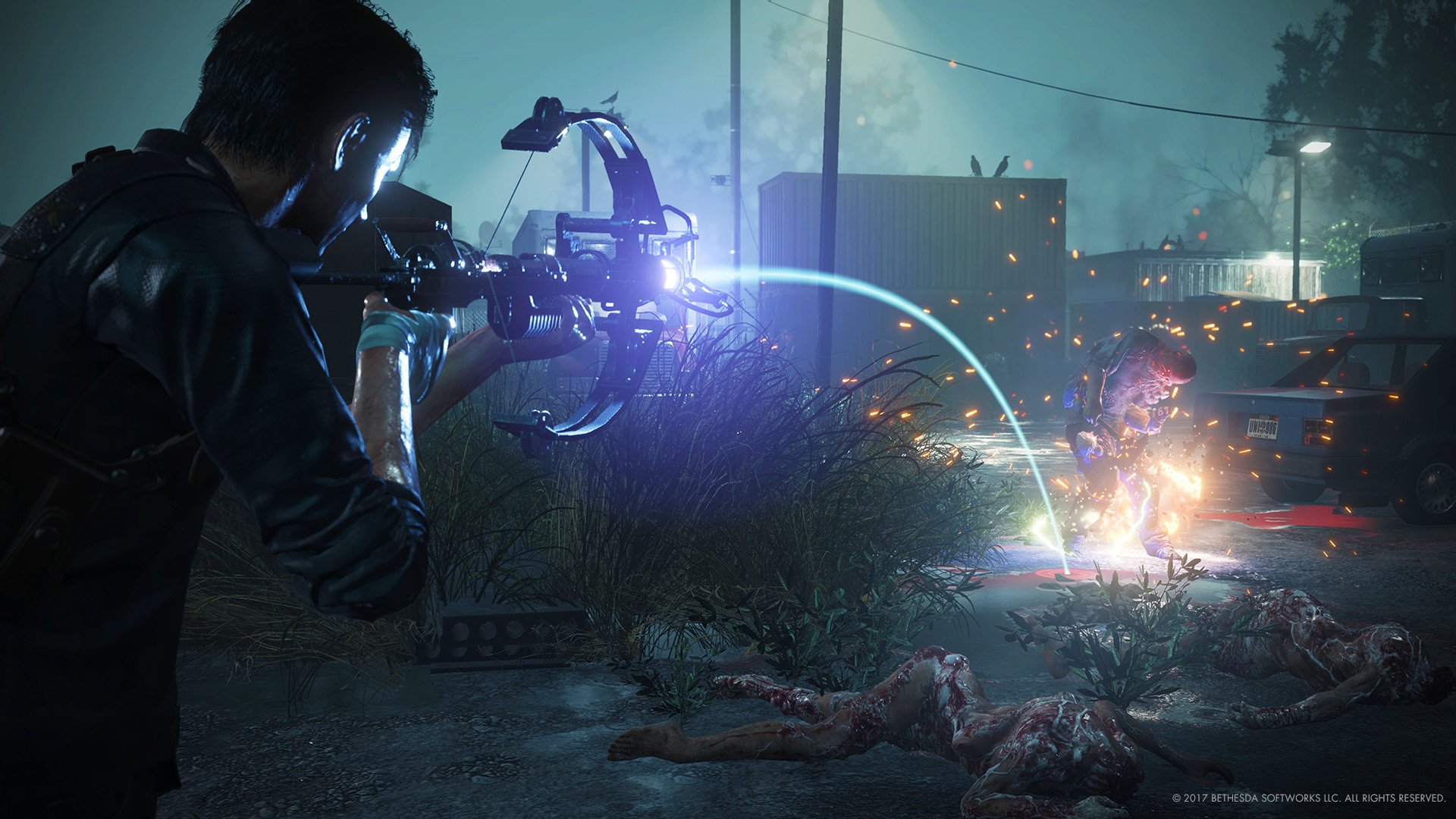 I wish I had more to say about the demo, especially considering launch is only a month out. The shooting felt fine. I could take or leave the crafting (and I get why they felt the need to lean in that direction). There wasn’t letterboxing. At certain points, I struggled to feel invested in Sebastian and his plight because the world was changing itself so frequently in that psychological-horror-set-piece sort of way that I felt disconnected from everything I was seeing. I hope that improves with time.

The Evil Within 2 didn’t wow me at PAX, but, that’s kind of to be expected. I only got to play a little bit of the hand-holding early game, and just as things were starting to warm up, it was time to move on.

The showing didn’t convince me that I’ll need the sequel day one, but it didn’t push me away, either. It’s hard to make any judgments other than “hope the story’s compelling!” Most of my interest in the game has to do with what The Evil Within 2 seems to be building toward, not what I played.