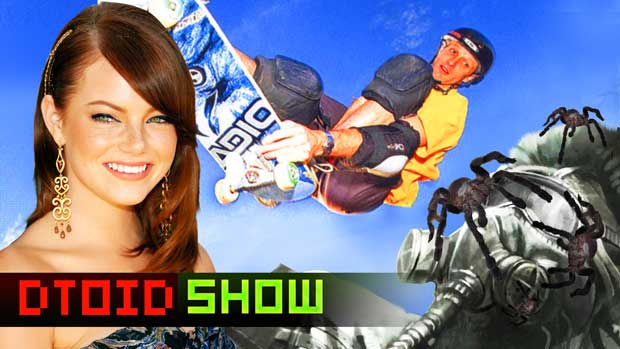 The big news today is the newly announced voice cast for Sleeping Dogs, which includes Lucy Liu, Tim Wilkinson, Robin Shou, and oddly enough, Emma Stone. A video walkthrough of the E3 demo of Metro: Last Light is now online, and it involves spiders crawling on your face, which is the worst thing ever. We go over Allistair’s review of Tony Hawk Pro Skater HD, and Tara describes the wonders of the Xbox iPad app. Because the future is here, and it involves sitting on the couch.

In the second half of the show, I answer a few questions about the LEAP, this crazy new motion-control device. I put up another video here, which you should go watch because I edited some of it all by myself.

ALSO REMEMBER THAT TIME WE HAD A CONTEST SO YOU COULD WIN A NEW HARD DRIVE?