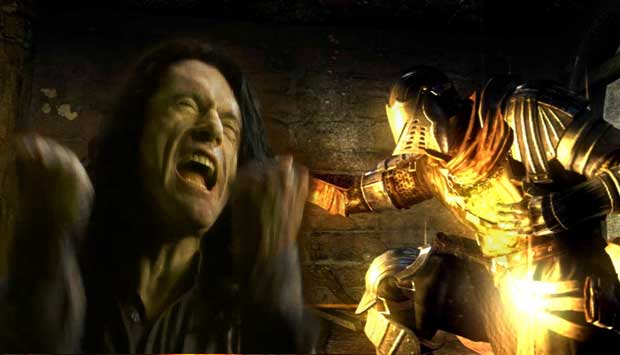 I did not hit her, I did naaaat — Oh hai, Destructoid! We’ve got an oddly special episode of The Destructoid Show today. Tommy Wiseau, star/writer/director of 2003 cult hit The Room Skyped in to tell us about his new online series with Machinima, The Tommy Wi-Show. If you missed it, he also appeared on this week’s Podtoid, which will be live soon.

As for gaming news, we’ve got some details on the closed Diablo III beta, as well as the open Battlefield 3 beta, including the official PC requirements and pre-order numbers. From Software is using black magic to combat leaked copies of Dark Souls, we have unofficial announcement of sorts for Dead Space 3, and there’s word that Crytek will be working on Homefront 2.

(Of course, the important part of all of this is that Tommy Wiseau thinks Tara is pretty.)